The poster of FIVA International  Event „ 500 km slovenských „ won the annual nationwide Slovak contest for the best advertising poster „ Zlatý klinec „ ( Golden nail ) which was attended by Slovak and foreign agencies operating at the Slovak market . The origin of „ 500 km slovenskych „ goes back to the thirties , when in 1937 and 1938 hundred km long circuit comprising famous Carpathian pass Pezinská Baba was run around Bratislava .

This year rallye with FIVA International Event status started in the High Tatras , in the old spa town Tatranská lomnica , where 60 historic cars from 6 countries were presented . Among them a lot of real „ jewels“  like streamlined Tatra T 77 , T 97 and T 87 , an in-line eight cylinder Škoda 860 , of which only 3 examples are known , a large Walter convertible , very rare Wikov , elegant Bugattis , Lagonda , Rolls-Royce , Hispano-Suiza together with several Mercedes Benz and BMW 326 , 327 and 328 series . 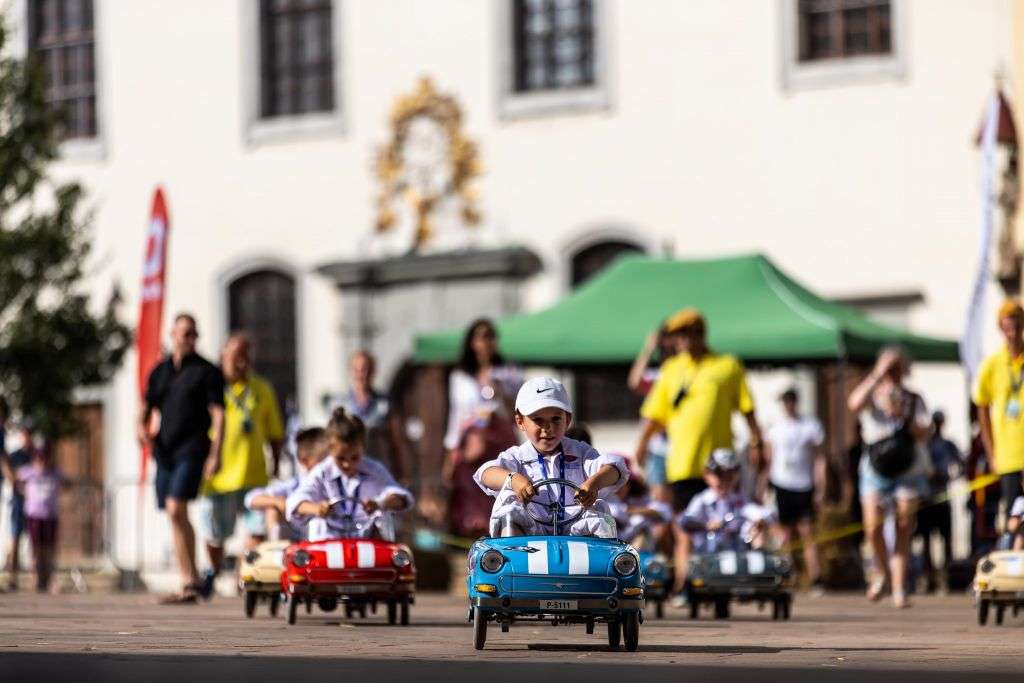 The first day ended at the centre of Slovak capital Bratislava, directly in front of monumental National Theater . The participants were applauded by the thousands of excited spectators and on the ramp have been given a well cooled and deserved glass of beer , more than welcomed in hot weather of 38 °C ! 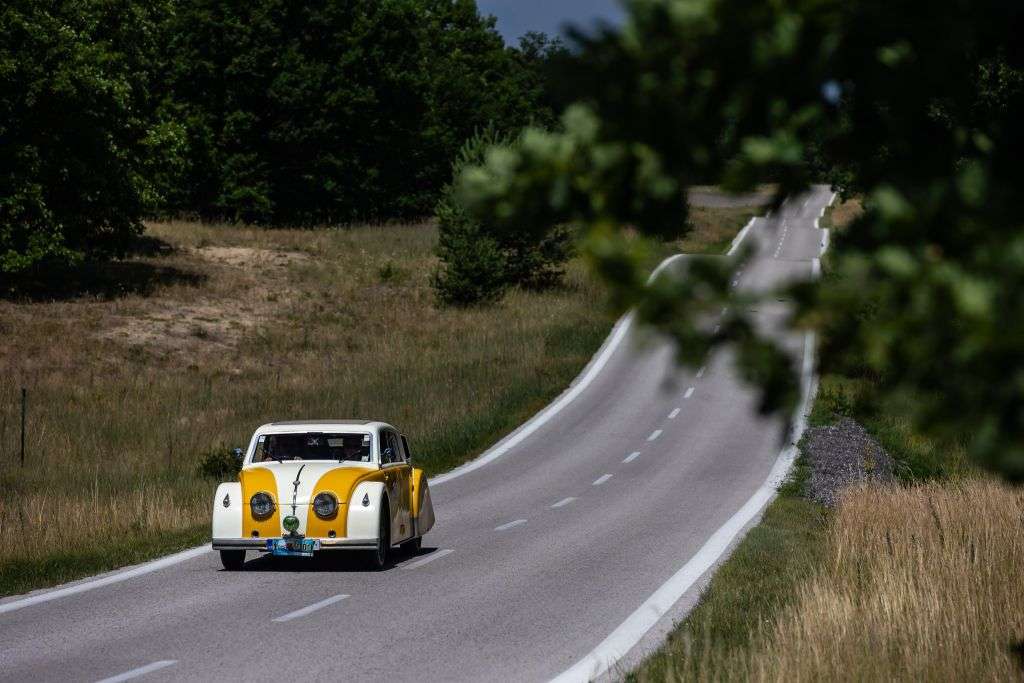 The evening was organised at the Slovak Museum of Transport. Thanks to the close cooperation with Tatra Trucks company the legendary train – Slovenská strela (Slovak bullet) – was part of the event. , depicted also on the poster. Built in 1936 to provide fast connection between Prague and Bratislava, powertrain was already at that time hybrid with two six-cylinder gasoline engines supported by electric generator and two electric engines. They propelled the train to the speed of about 80 kph, than gasoline engines switched on. The operating speed with 70 passengers was 130 kph, maximum speed achieved during test runs was 150 kph. 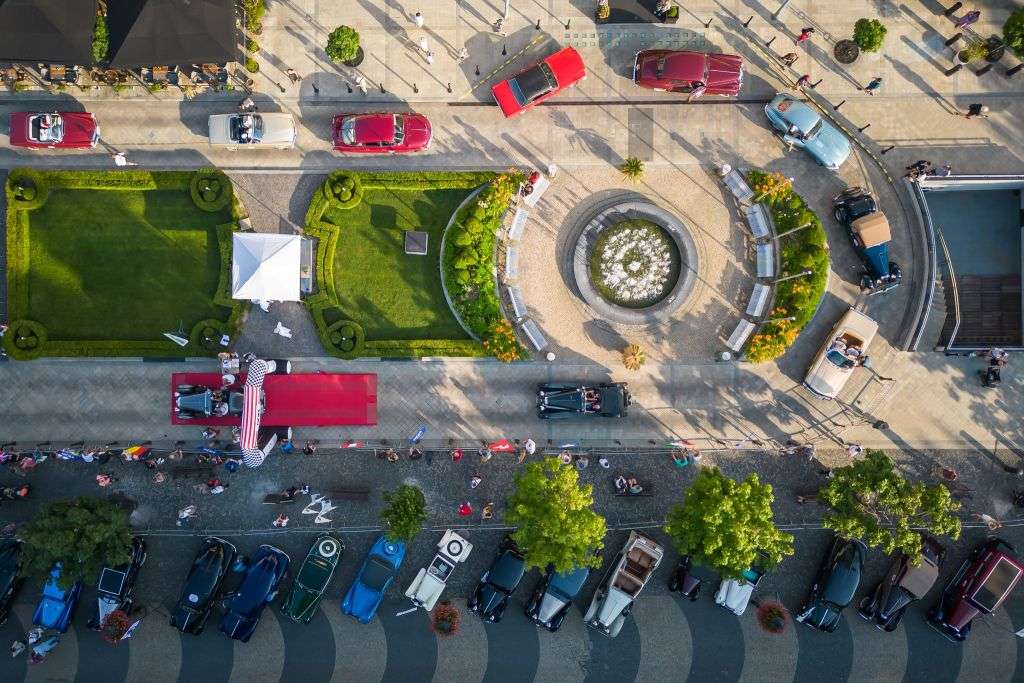 The second day of the rallye was a regularity test on the famous former European Hill Climb Championship track Pezinská Baba. No modern measuring devices were allowed, so it was really demanding task for both drivers and codrivers.

After this test the rallye was heading back to Bratislava. To make it not very easy part of the route has gone through restricted military area on narrow, not always paved roads. But what a surprise! Just in the middle of dense forest there was a coffee and ice cream stand offering the participants small refreshment. 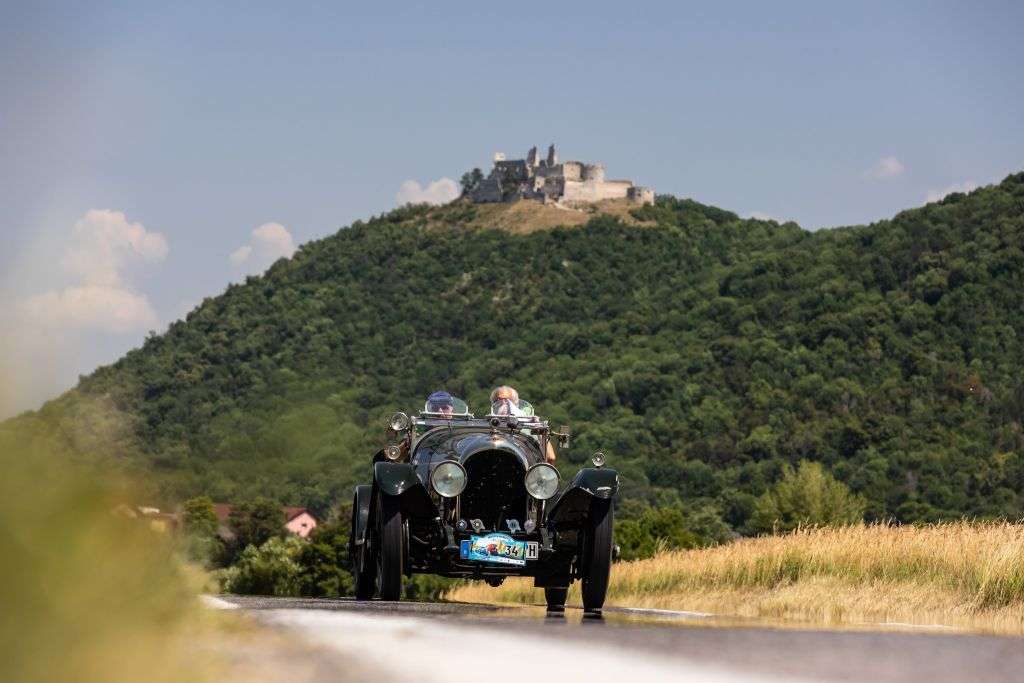 At Bratislava, huge crowd awaited not only participants with cheers, but also the youngest vintage racers on pedal cars- children from the kindergartens of the Old Town district .

The prize-giving ceremony has to be moved inside as well as a concert of the band playing music of the thirties due to incoming storm.

All the participants praised friendly atmosphere, interesting route and great hospitality of the organisers . They promised to come back again, next year for FIVA International Event , and  in 2024 for FIVA World Car Rallye.

And the first prize for the best graphic poster design was a real „ icing on the cake „ of this wonderful event! 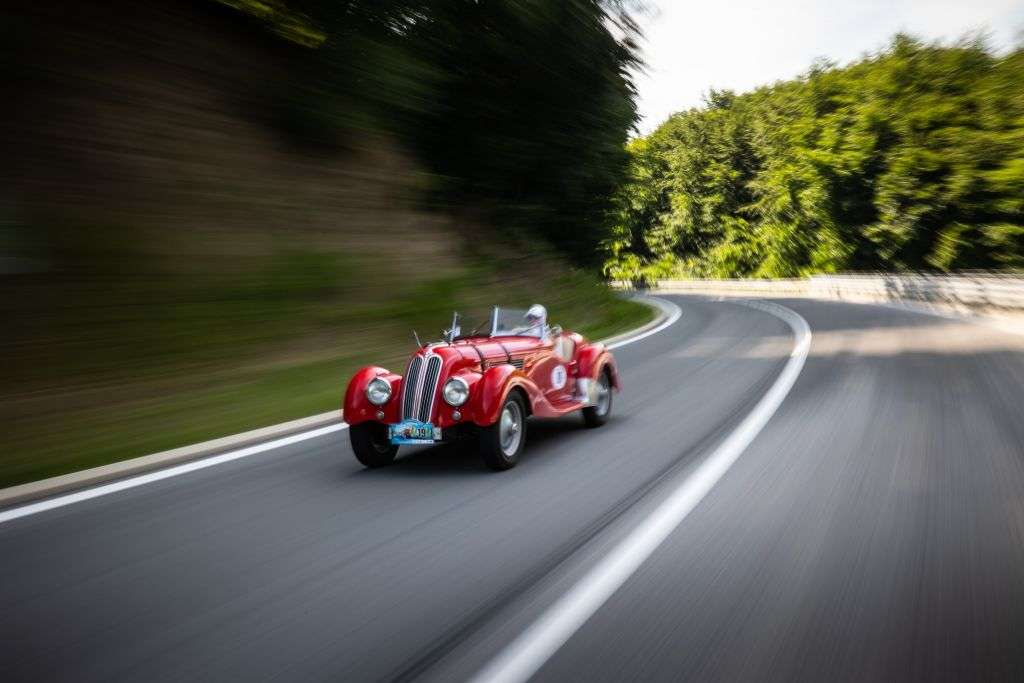