Eirane Redmond ‘Paddy’ Naismith was born in London in 1908, the daughter of a traveling car tyre salesman and a renowned clairvoyant (or “psychological expert”). In her teens, she began stage acting and later joined a touring company performing musical comedies.

In July 1928 she took part in the Junior Car Club’s Bournemouth Concours D’Elegance with her own Ballot, but without notable success. Undeterred, in September she entered the Southampton International Motor Rally, and this time she won a Special Award with the D Hall Caine Cup, igniting her interest in motorsport. In December she starred opposite Edger Vosper in a film called The Lost Cord, described as a short drama. (It must have been, as they seem to have been the only performers.)

Paddy made rapid social progress, helped by her friendship with Mr Derwent Hall Caine MP, who also acted, and through whom she got to know the British Prime Minister, Ramsay MacDonald. Hall Caine and Paddy were close and it seems he proposed to her, confident enough of her acceptance to start buying a house as their future marital home. However, nothing came of it, probably because he was reputed have a string of mistresses and at least three illegitimate children.

Paddy was a member of the Women’s Automobile Sports Association (WASA) which on 4 October 1929 held its first big event, a night running of the Middlesex Car Club’s 300-mile Exeter Trial, including two hill climbs and a starting/stopping test. Thirty-eight cars took part, of which 17 had all-female crews, among them Paddy in her Ballot which came complete with a cocktail bar.

On 23 January 1930 Paddy created a stir in Fleet Street, London, by demonstrating a fire escape system: a canvas seat on 90ft of steel cable lowered gently to the ground. At the time she was a part-time chauffeuse for British Government ministers and when she took part WASA’s London to Land’s End Trial, she told the press: “We are going to show the men what we can do.”

That summer, having changed her allegiance from Ballot to Standard, she used a Sportsman Saloon on the Brighton and Hove Motor Club’s John O’Groats to Brighton Rally and in September, she and her sister entered the London to Land’s End rally driving Paddy’s Standard Tourist Coupé.

In 1931, Paddy appeared in a film called The London Melody and she was hired by Nuswift fire extinguishers for a series of very dramatic demonstrations using both her own car and an Austin, putting out engine fires in both.

In February, she became a stuntwoman in the Warner Brothers film Long Live the King, falling out of a moving car, running after it, then cartwheeling over the back and into the driver’s seat.

In June, Paddy entered another WASA event, a midnight run from Virginia Water in Surrey to Westward Ho, Devon. Around this time she became known for commenting, “Men don’t know how to keep their motor cars clean and lovely.”

In mid-August was the first Ulster Rally, a very demanding event for which Paddy used a Standard Avon, driving day and night over 500 miles to arrive in Bangor, Northern Ireland. She declared, “It’s going to be great fun. I shall go from Dover and the prospect of driving rigorously to a schedule alone all night does not dismay me in the least. A more difficult rally has never been held before, as we must keep to a 24mph time schedule for the whole way without being more than 30 seconds out at any checkpoint, if we are not to lose marks and any chance of an award. Yet the women drivers welcome the stringency. It will give us a chance to compete side by side with men and setting by the heels the bogey of women’s faulty driving.”

Paddy won the Ladies’ Cup in her car painted yellow with the chassis, wings and upholstery in green. She wore a matching frock of yellow broderie, a yellow raincoat with applications of green. Her long boots were of silver to match her car tyres.

On 18 September 1931 was the 300-mile Peaks and Lakes Trial to the Lake District, the weather so bad that only 11 entrants started. The demanding Park Rash hillclimb was only completed by Paddy and three others. Amazingly, throughout the trial Paddy lost no marks and was one of only two drivers to gain a Gold Medal.

In the October run-up to the General Election, Paddy reprised her role as transport organiser for Ramsay MacDonald’s National Party and it was claimed she assembled and controlled 42 aeroplanes, 612 cars and 12 speedboats at the candidates’ disposal. Paddy was deep into politics and had become president of the South Tottenham women’s branch of the Labour Party, one of the youngest members to hold such office.

As a well-known driver, she became involved in a stunt organised by novelist Barbara Cartland. It’s said that during one of Cartland’s house parties, a male guest remarked that for all their recent publicity, women drivers lacked the skill of their male counterparts. Cartland set up a demonstration that proved otherwise, a ‘practical solution’ to the question ‘do women drive motor-cars with as much skill as men?’

Ten society ladies took part in the event at Brooklands, filmed by Movietone News (it can be seen on YouTube). The women proved fearless, Princess Imeretinsky misjudging a corner and doing a 180-degree skid. She and her passenger Lady de Clifford were thrilled and at the finishing post the Princess shouted, “Did you see that delicious skid we had? We turned round twice.” Her passenger added the spin was “too, too marvellous my dear!”

Paddy crossed the line first but it was a handicap race, apparently based on social standing rather than ability, as the Princess was declared the winner, the Hon. Mrs Joan Chetwynd second, and Paddy third. Unfortunately, The Motor exposed the whole thing as staged, causing great embarrassment to the serious female racing drivers and damaging Paddy’s credibility.

In March 1932, Paddy and two sisters took part in the first RAC Rally to Torquay, driving a Standard Avon saloon. They suffered a bad accident, hitting an icy patch that caused their car to “charge the hedge and turn over, trapping her and her two sisters inside. Earl Howe came to their rescue, they were bruised and shaken but otherwise fine.” Both front wings and an axle were bent but in this much-damaged car, minus a wing and with two wobbly wheels, they managed to stagger into Torquay.

Overnight, they obtained two new wings, and their mechanics put in a lot of work so that the next day they won their category in the concours. Although the car was small, it was fitted with a washbasin and a small dining table.

In July 1932, Paddy became one of the founding members of The Stage and Film Aero Club and made her first solo flight in August 1932.

Back at Brooklands in September, Paddy won a three-lap Ladies Handicap driving a supercharged Salmson at 86.30mph. Elsie Wisdom lapped at 113.97mph in a Leyland-Thomas, but her race handicap was so great it put her out of contention.

Edited from an article by Roger Radnedge, in the Brooklands Bulletin 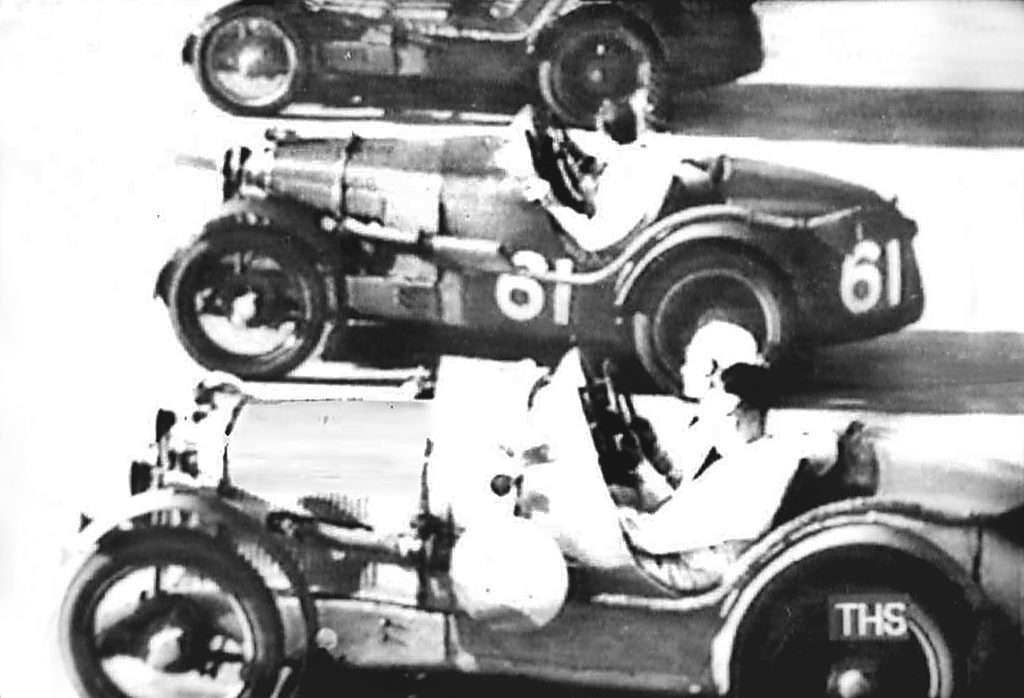 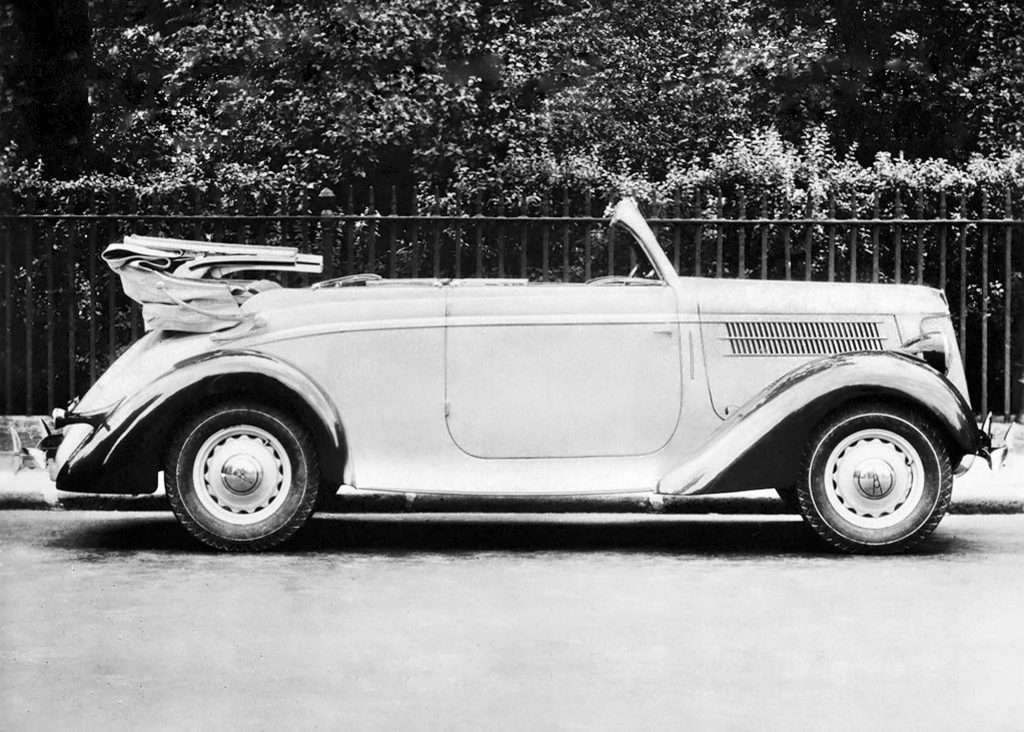 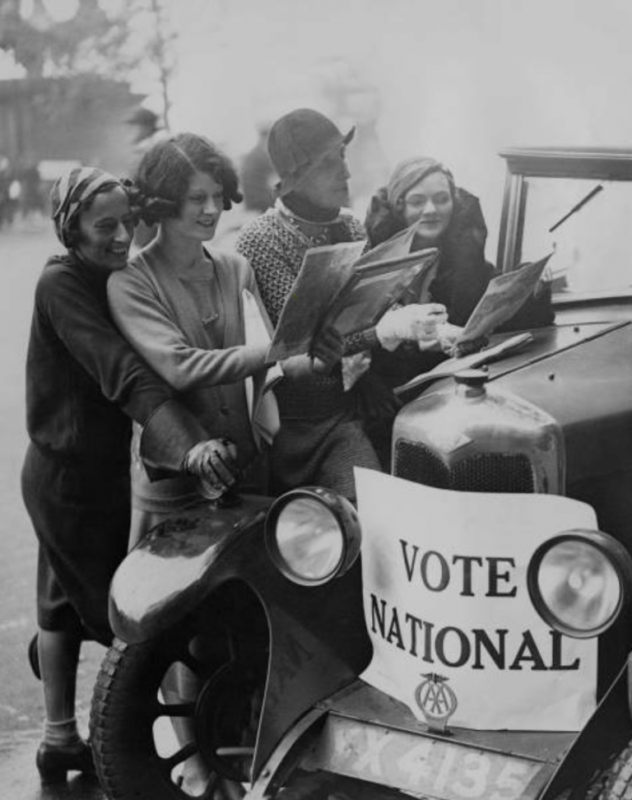 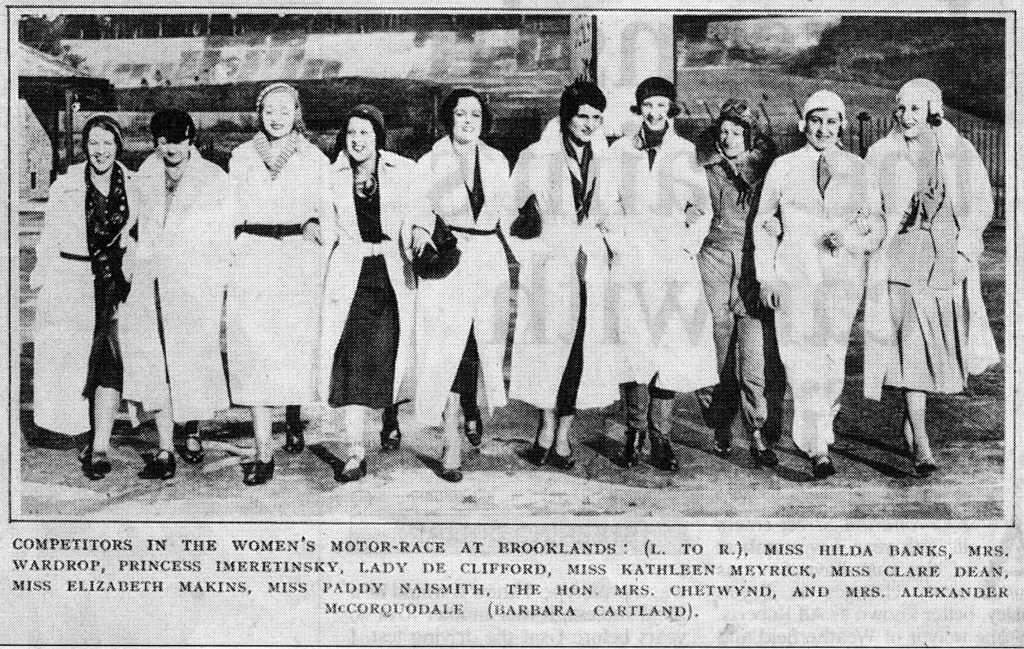 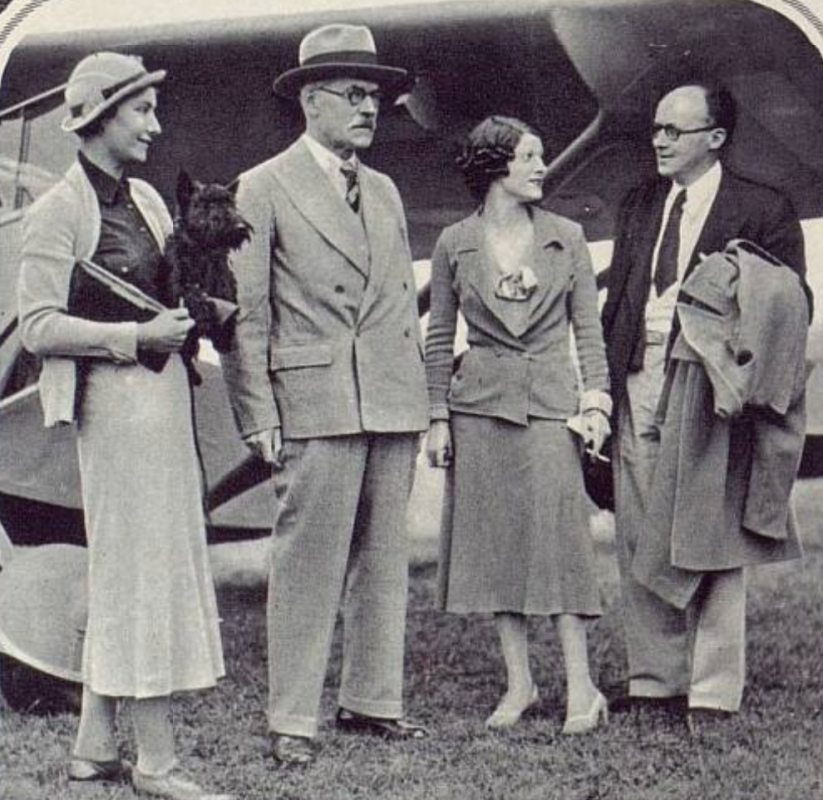 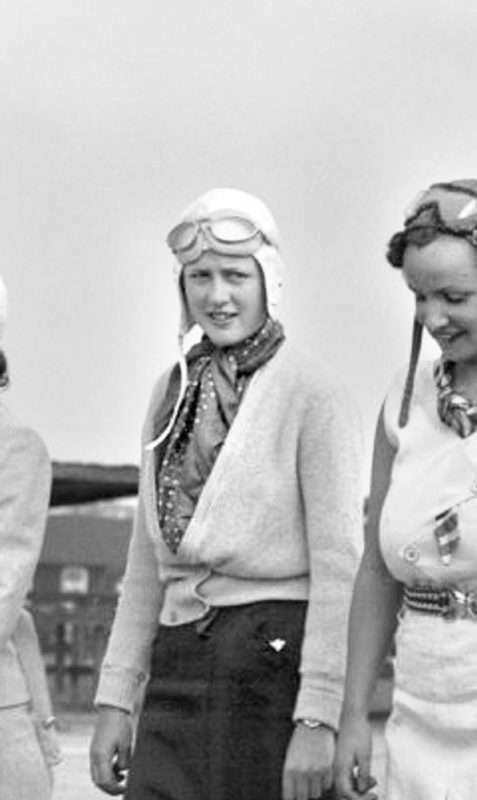 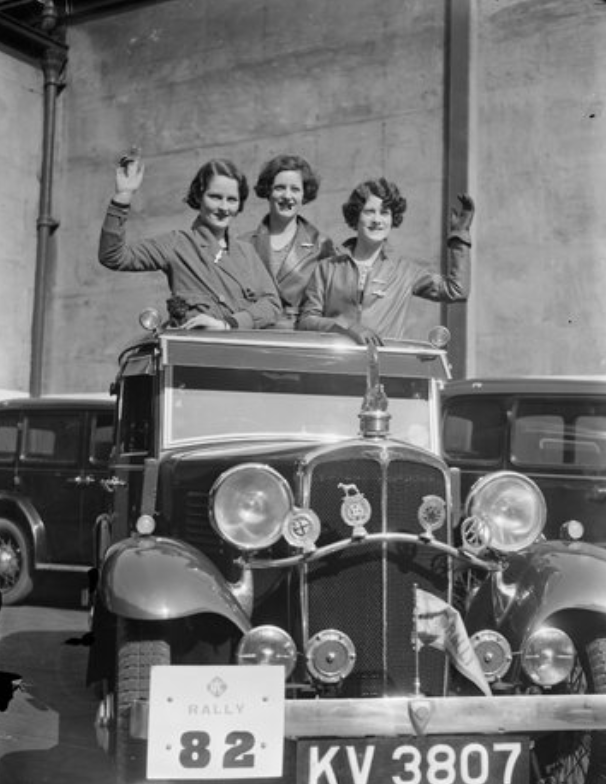 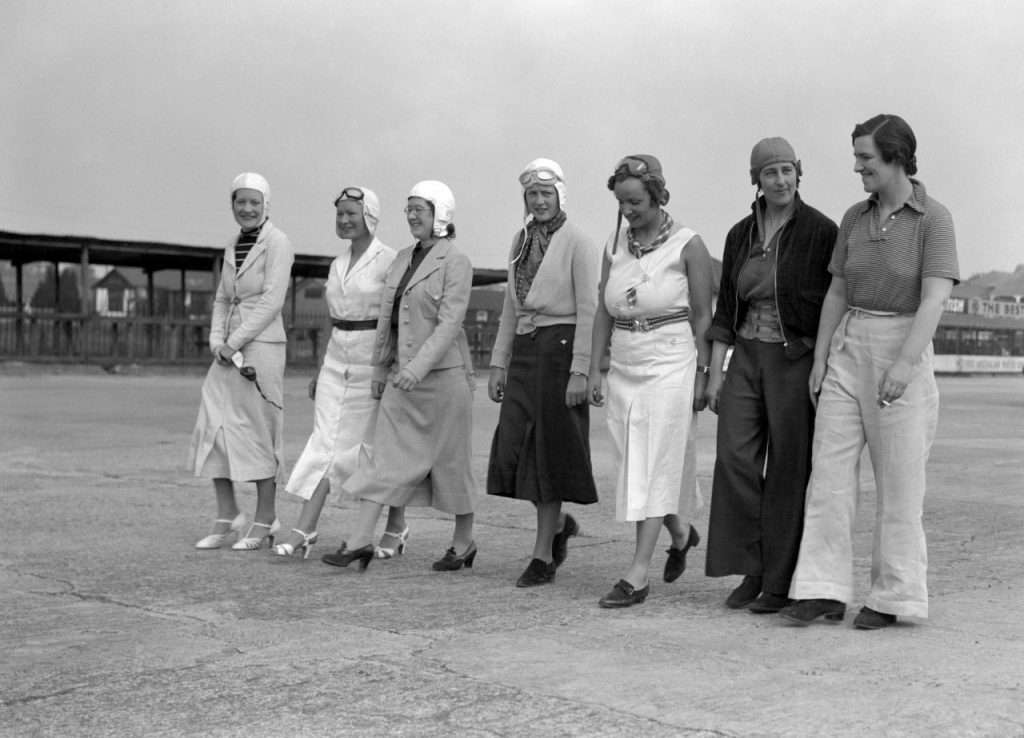 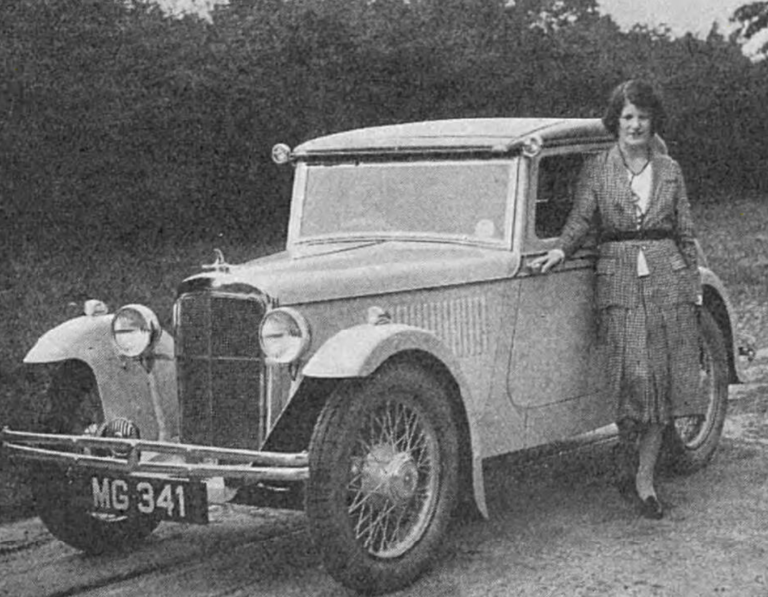 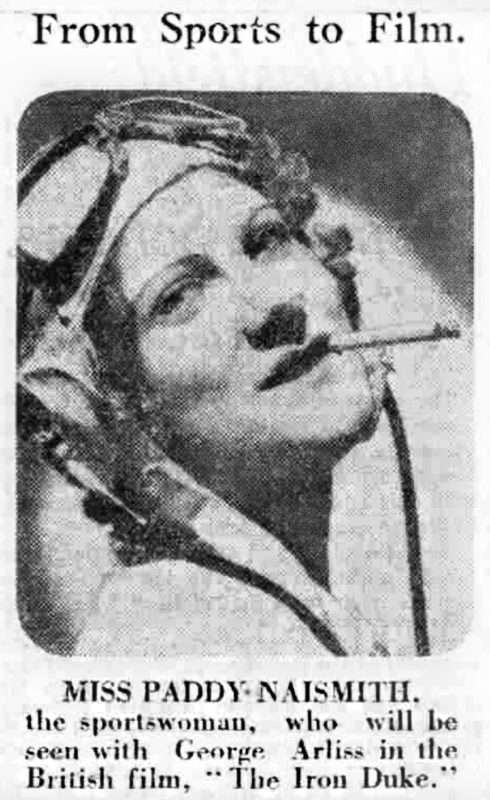 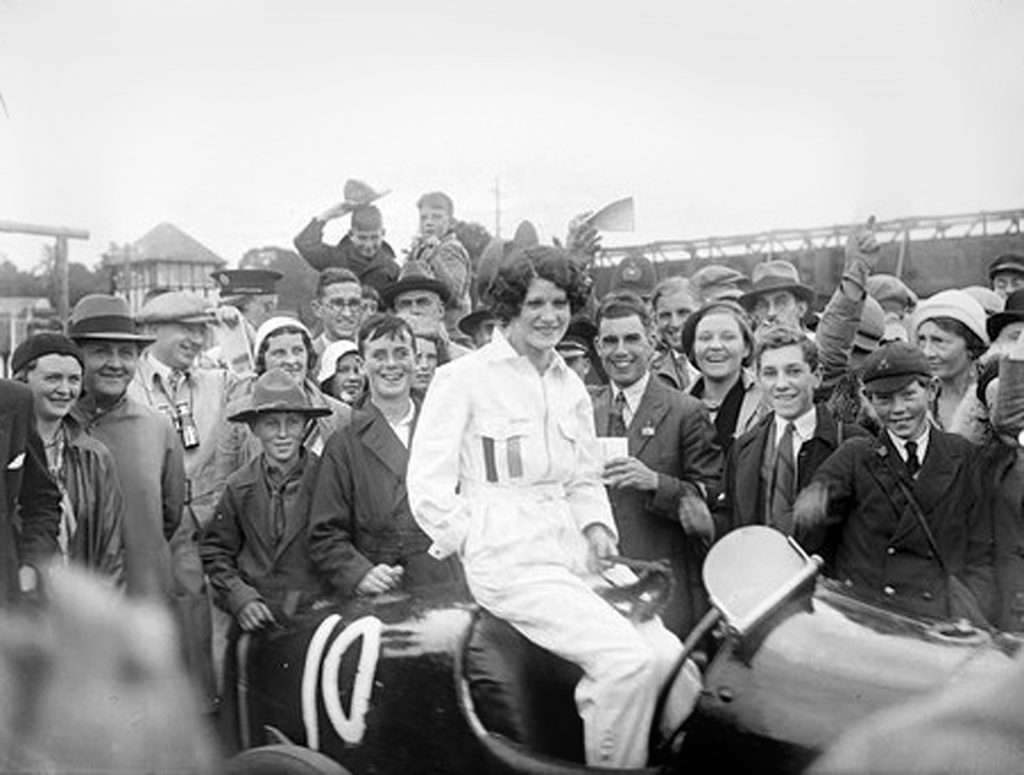 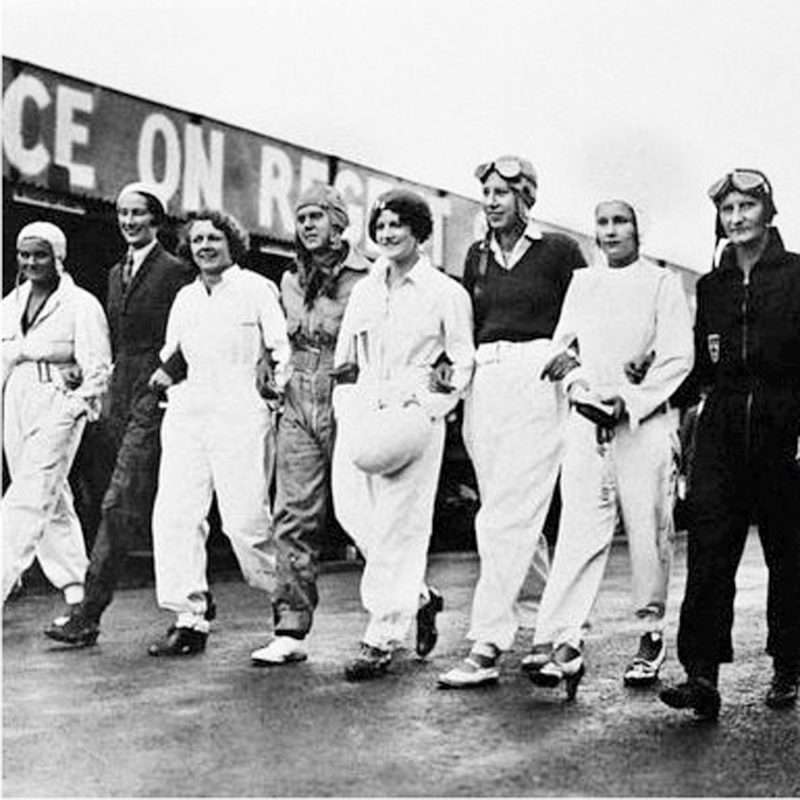 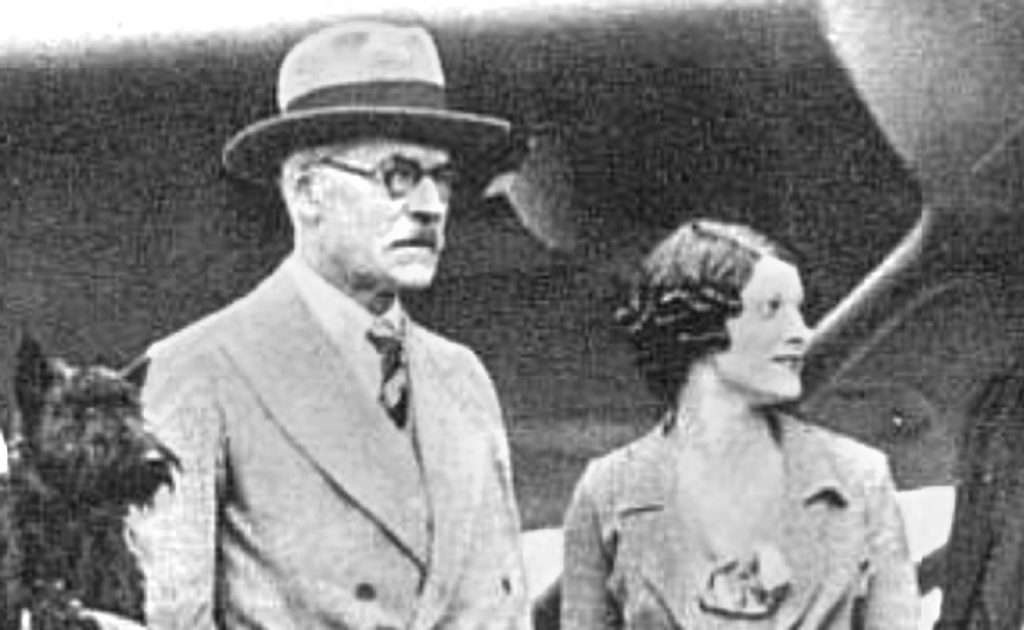