FAKE: a “different” exhibition at MAUTO, the automobile museum in Turin

In the worldwide community historic vehicle enthusiasts, “forgery” is kind of a taboo word: everybody knows it exists, but nobody wants to talk about it. With its last exhibition, inaugurated on 28th June 2022, MAUTO, the Italian Automobile Museum in Torino, literally took the bull by the horns and addressed this difficult, yet fascinating topic. “FAKE: the automobile between originality and forgery” was organised by MAUTO in cooperation with ADM, the Italian Customs and Monopoly Agency, to set a spotlight on this “dark side” of the passion for historic vehicles. And it is not a minor issue: just to give a figure, in 2021, in Italy only, the ADM Agency has seized over 36.000 pieces including cars, motorcycles, mopeds and spare parts, with an increase of the 300% compared to the previous year.

After the institutional addresses by Benedetto Camerana (MAUTO) and Marcello Minenna (ADM), the exhibition was introduced by a sparkling panel discussion, led by David Giudici, the director of the magazine “Ruote Classiche” and featured automobile historians like Adolfo Orsi, managers of heritage departments like Cristiano Bolzoni (Maserati) and Roberto Giolito (Stellantis), and representatives of worldwide brands like Barbara Herlitzka (Martini & Rossi), Paolo Rezzaghi (Brembo) and Tomaso Trussardi (Trussardi).

The discussion outlined that this falsification is a plague that grieves not only the collectors but also the whole society, hiding on its back tax evasion, criminality and risks for public safety and health. As the historian Adolfo Orsi explained, the phenomenon is not recent, it actually started already in the Sixties and the Seventies and then exploded in the Eighties with the popularity of events like the Mille Miglia. Nowadays, however, it has reached a different level: experts estimate that one historic vehicle out of four, in the world, is fake or heavily modified. It is a continuous fight between “police and thieves”: today, more information is available, so the forgeries become more elaborate and the investigative techniques also evolve in parallel.

Institutions, international brands and car manufacturing companies are united in fighting falsification but the real change can only be made by the public, with more awareness. “Buyer Beware” states an old proverb, and to identify fakes it is always important to look not only at the vehicle itself but at its history and documentation as well—a gospel that FIVA, the International Federation for Historic Vehicles, has been preaching since long, with the Turin Charter and with the FIVA Id. Cards are useful tools to preserve the history of the vehicles and their originality for the future generations.

After the debate, the ribbon was cut and visitors were able to visit the temporary exhibition, which started with a car crushed into a metal cube, a strong memento for those “who falsify and deface history,” and continued with an interesting concept: authentic and fake cars side by side, to allow the public to really understand the problem. An original 1954 Ferrari 750 Monza, a Ferrari 250 GTE 2+2, a Testarossa and even a racing Ferrari 312T5, sided by their clumsy (and unmistakably marked) replicas, allowed to play an interesting “Find the difference” game, with the help of clear and exhaustive captions. The display was enriched with references to pop culture (in particular 007) and with other vehicles like fake Piaggio Vespas from China, and an imposing 1936 Mercedes Benz 540 K coming from the personal collection of Giovanni Agnelli.

In a nutshell, the “FAKE” exhibition at MAUTO is absolutely worth seeing: if you happen to visit Turin between the 29th June and the 28th August, don’t miss it! 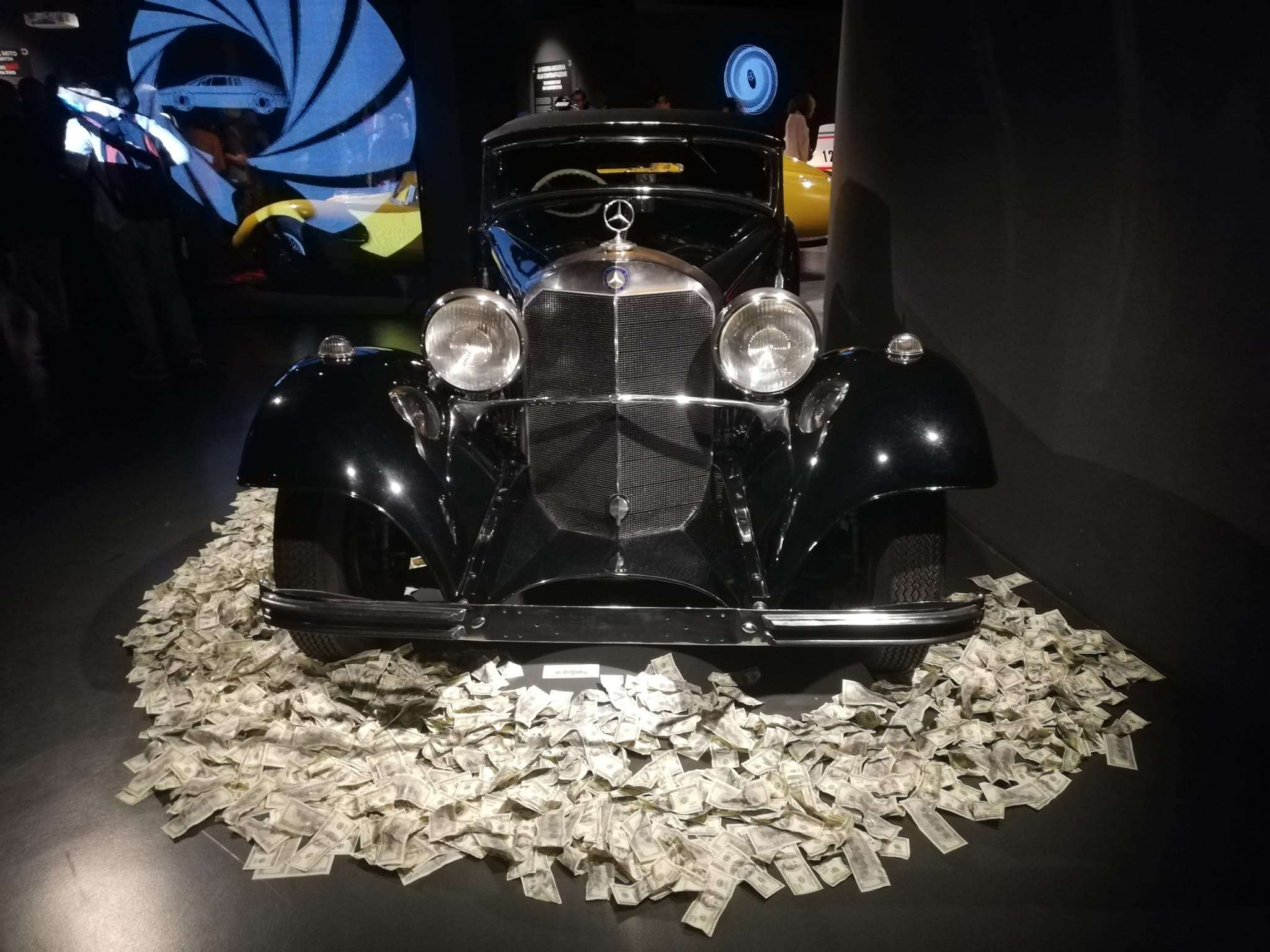 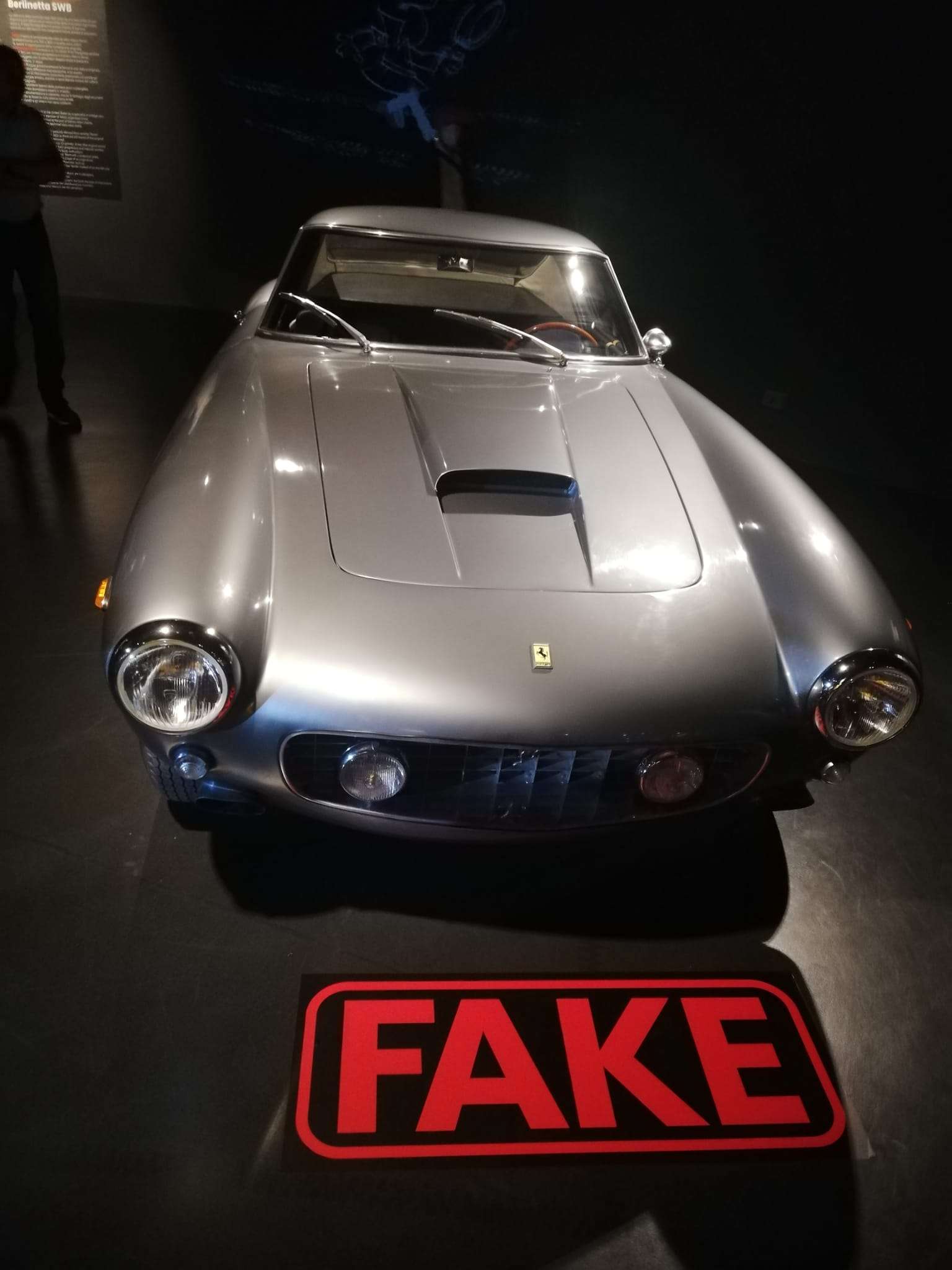 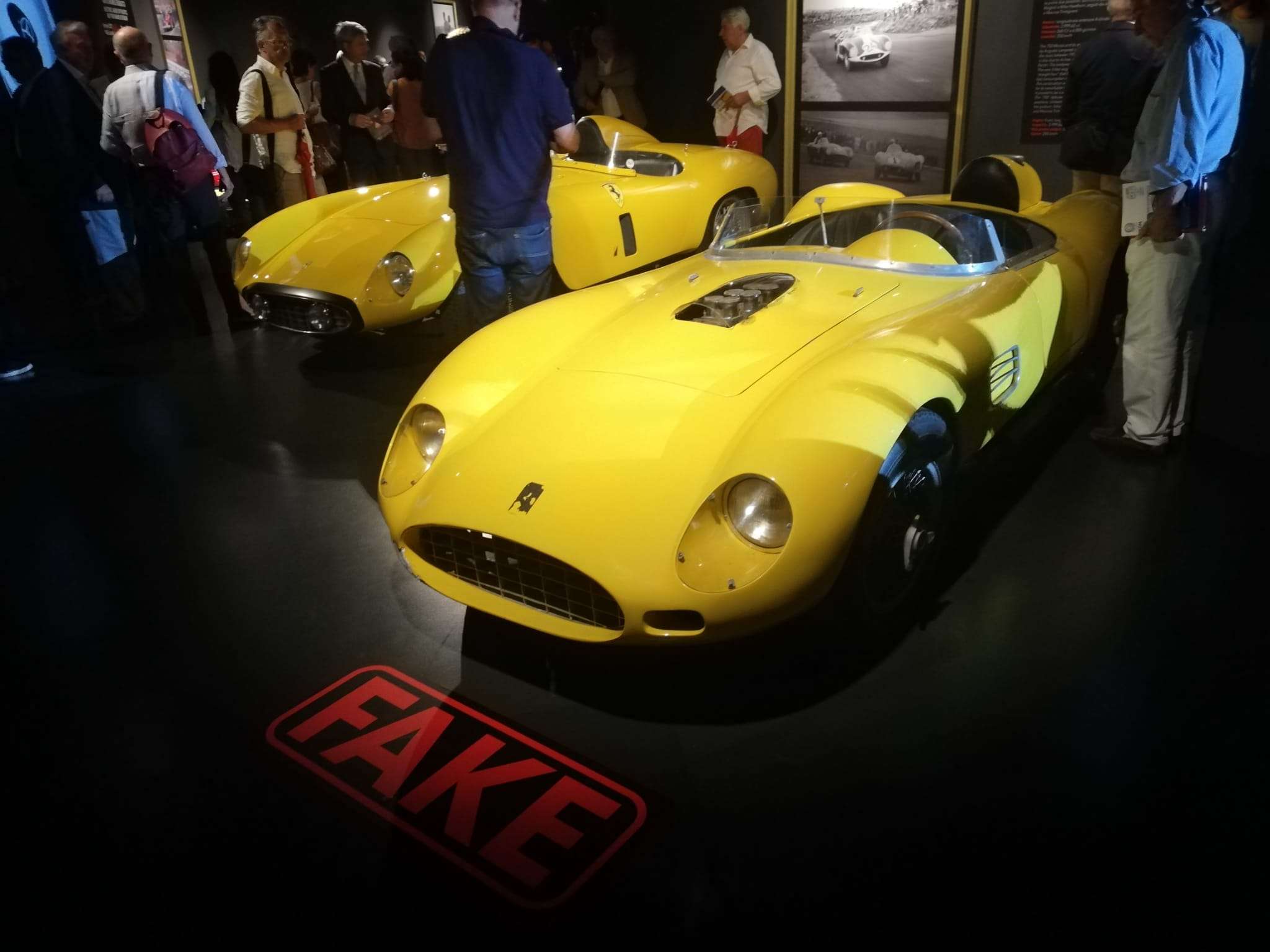 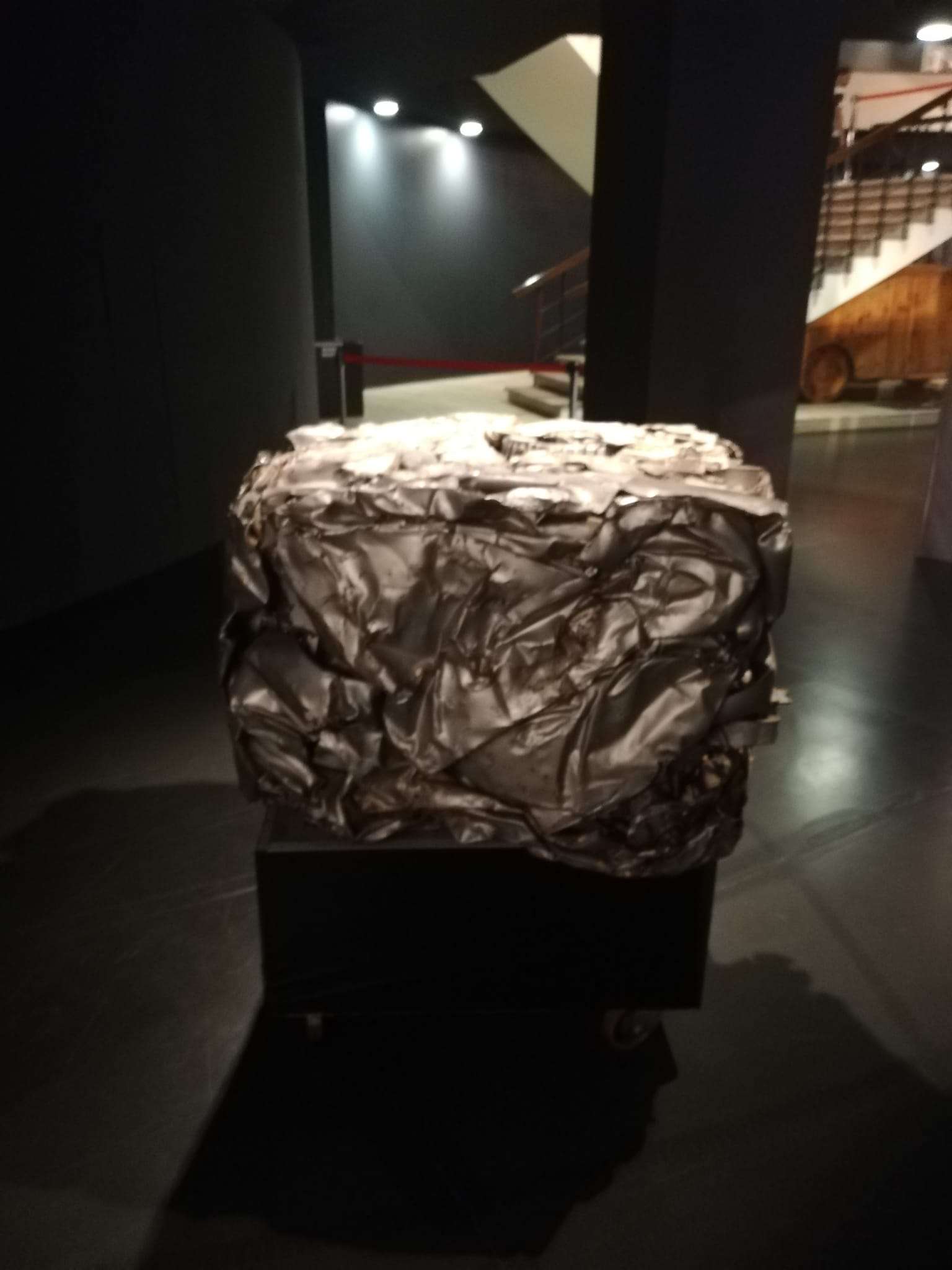