In 2021, FIVA launched the Heritage Hall of Fame to honour and recognise significant contributors to the history of the automobile and the historic vehicle movement. Individuals are first nominated by FIVA clubs across the globe, from which a small number are then selected by a prestigious panel of international judges.

As Tiddo Bresters, president of FIVA, explains: “Not every hero of the motoring world is a household name. Induction into the FIVA Heritage Hall of Fame is a tribute to an individual’s genuine lifetime achievements, but it’s a very personal selection. It reflects the opinions of FIVA clubs around the world, who nominate their own favourite national figures. Some of these heroes are world-famous, others are names you might not know – but each has made a real and long-lasting impact on automotive history.”

In the first year of the FIVA Heritage Hall of Fame awards, more than three dozen nominations came in from over 20 countries, and the eminent jury of six debated and deliberated. On 23 August 2021, FIVA announced the first 14 winners – from the past and present – celebrating both world-famous figures and unsung heroes in the history of the automobile. The panel of judges comprised:

The first 14 motoring heroes inducted into the Heritage Hall of Fame were:

Roland D’Ieteren (1942-2020), enthusiast, defender and patron of the classic car world, who developed the D’Ieteren Group from a local family business into an international player employing more than 30,000 people.

Og Pozzoli (1930-2017), car collector extraordinaire, whose 200-odd automobiles will become a museum in the city of Campos do Jordão, including two Fiats from 1912 and 1914 that he refused to sell to Gianni Agnelli for $1 million. Pozzoli’s family was awarded the Hall of Fame trophy on 11 December 2021 at an event at the prestigious Fazenda Baronesa Von Leithner. 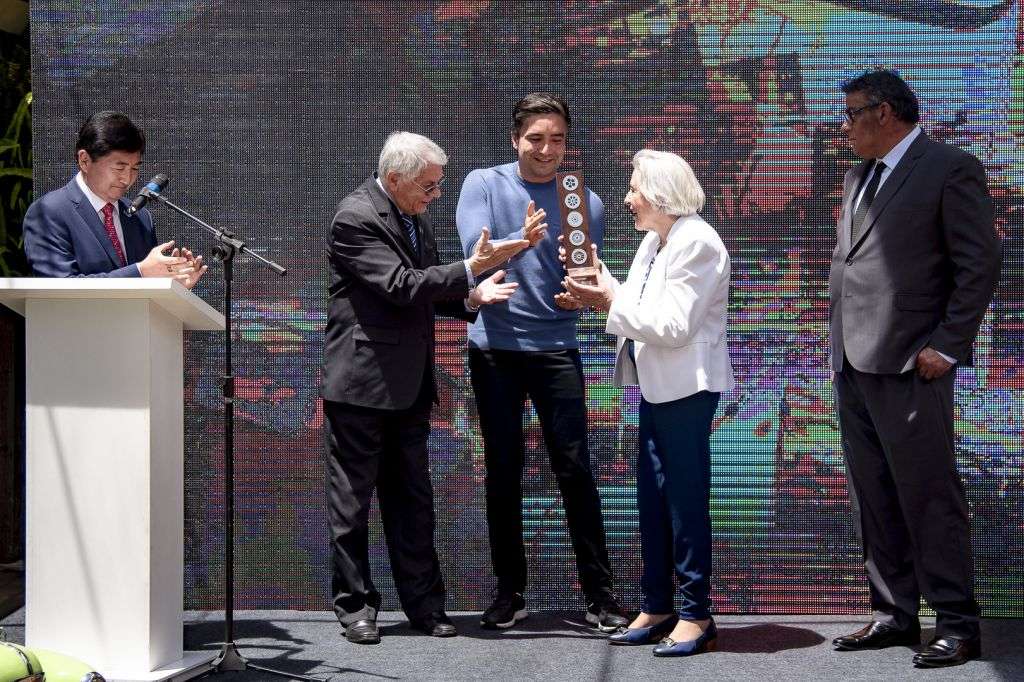 Rodrigo Velasco, an all-round motoring hero with a history of classic motorsport, car collecting, an active member (and founder) of car clubs and a highly respected motoring historian and journalist. Velasco was inducted into the Hall of Fame on 15 December 2021. 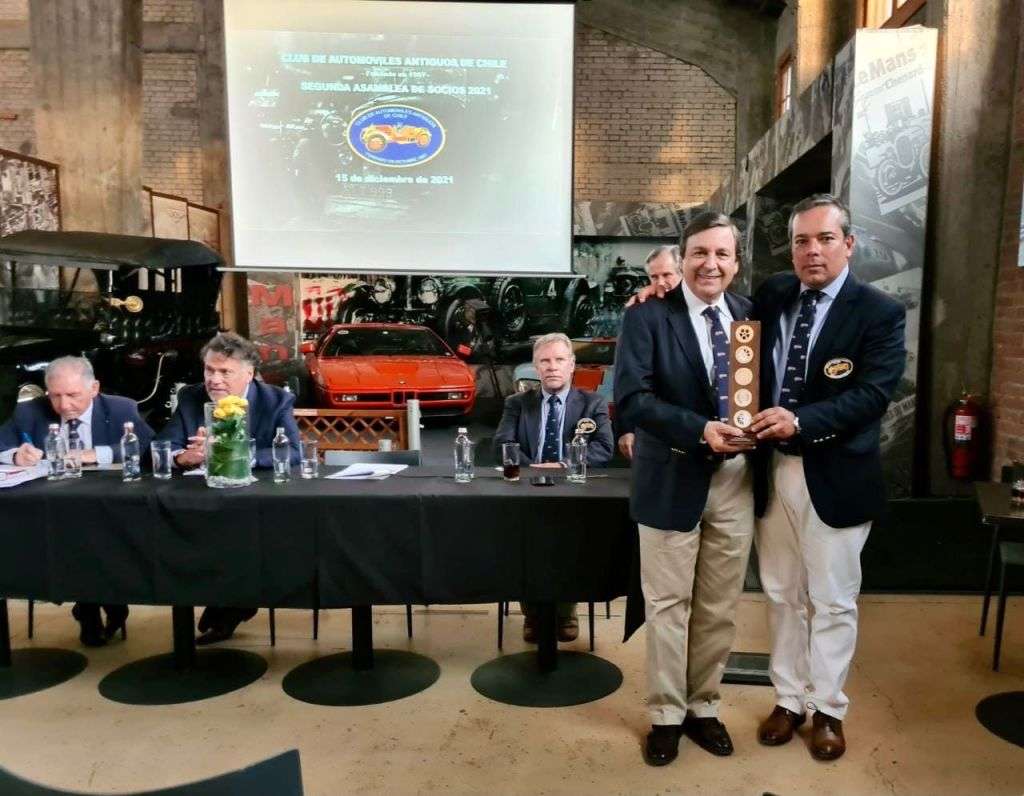 Carl Hahn, whose achievements include building a solid market for VW in the USA and taking a pioneering role in introducing the marque to the People’s Republic of China. Hahn’s induction was on 3 November 2021 at Autoworld in Wolfsburg, Germany. 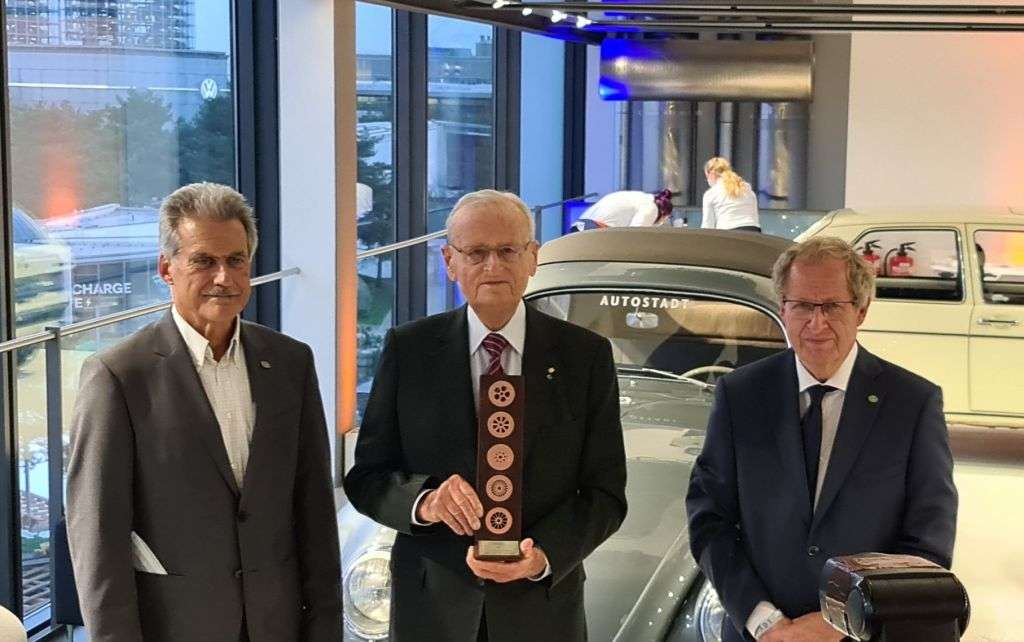 Nazir Hoosein (1940-2019), racer and rally driver, who enthusiastically entered every form of motorsport available in India in 1969 when he started competing, and who went on to be the founding president of the Indian Automotive Racing Club (1971) and the Motorsports Association of India. Hoosein’s daughter Aranka Hoosein received the trophy on behalf of the family on 7 November at a sumptuous event in New Delhi, which over 250 guests attended.

Mauro Forghieri, Marcello Gandini and Giorgetto Giugiaro, three heroes who require very little introduction. Forghieri – an engineering legend at Ferrari, followed by his influential roles at Lamborghini and Bugatti. Gandini – designer of many of the world’s most beautiful cars, from the Lamborghini Miura and Espada, to the Alfa Romeo Montreal. Giugiaro – one of the greatest car designers the world has ever known, responsible for more cars on the roads today than anyone else in history. Gandini and Giugiaro were inducted into the Hall of Fame on 25 September at a well-attended and glittering event at Villa Rey, the head office, with ASI doing the honours. 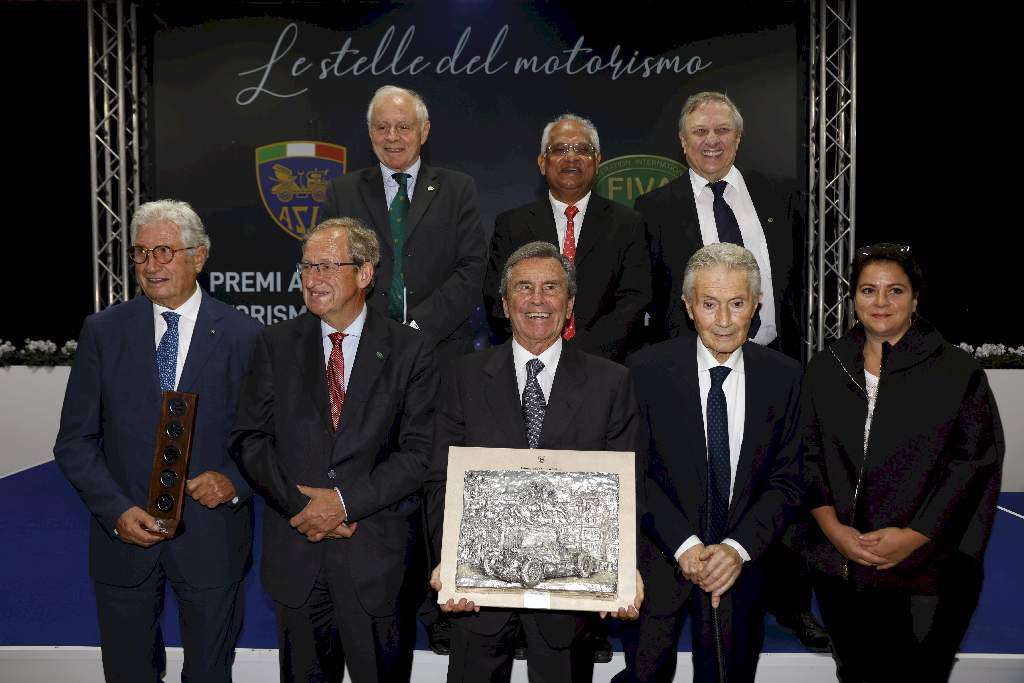 Shotaro Kobayashi founded Japan’s premier monthly automotive magazine and was an active automotive journalist, automotive historian and Chairman of Classic Car Club of Japan. Meanwhile, with more than three decades as the head of Suzuki, Osamu Suzuki is one of the longest-serving leaders in the auto industry, transforming Suzuki into a global giant by selling small, low-cost cars and desirable motorcycles. Suzuki was inducted by Masaki Shimizu and Shiro Nakamura on behalf of FIVA on 21 December 2021. 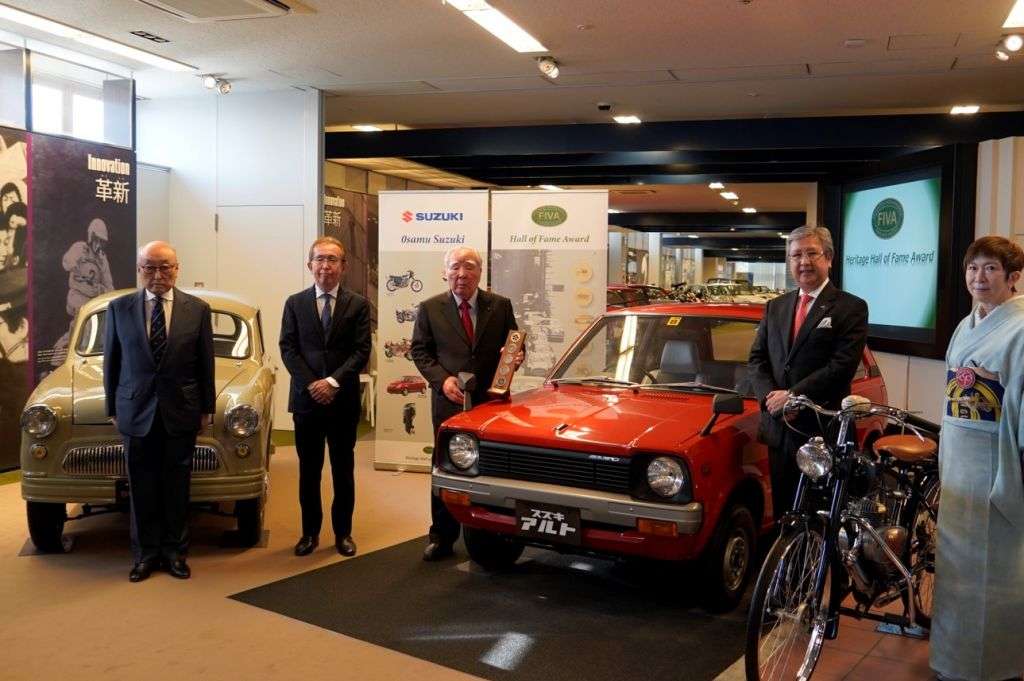 Saulius Karosas (1958-2019), a renowned mechanic, engineer and businessman, a phenomenally active collector and restorer of rare pre-War cars in particular, and a philanthropist who created a foundation to support young artists, and musicians, plus historical and cultural projects. His mother – Birutė Karosienė – received the trophy on behalf of the family on 22 November, with a private ceremony. 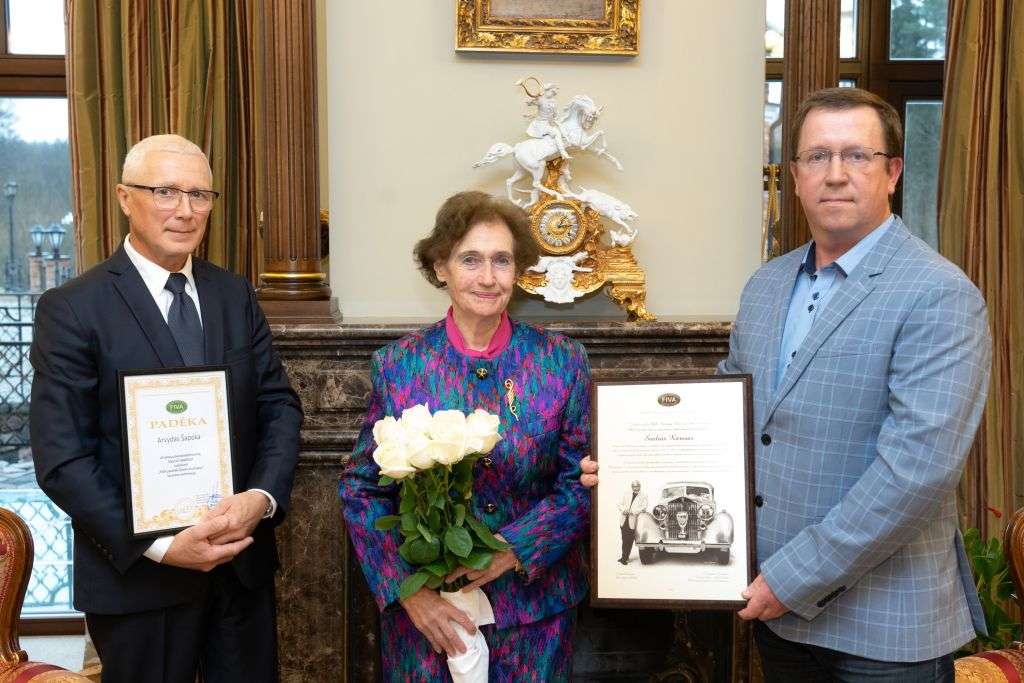 Sobieslaw Zasada, who overcame restrictions, red tape and prejudice to become one of the greatest rally drivers of all time, largely unknown and unsung except in Poland, where he is a true national hero. Zasada was honoured and inducted into the Hall of Fame in an elegant ceremony on 14 November, at Wieliczka, in Poland. 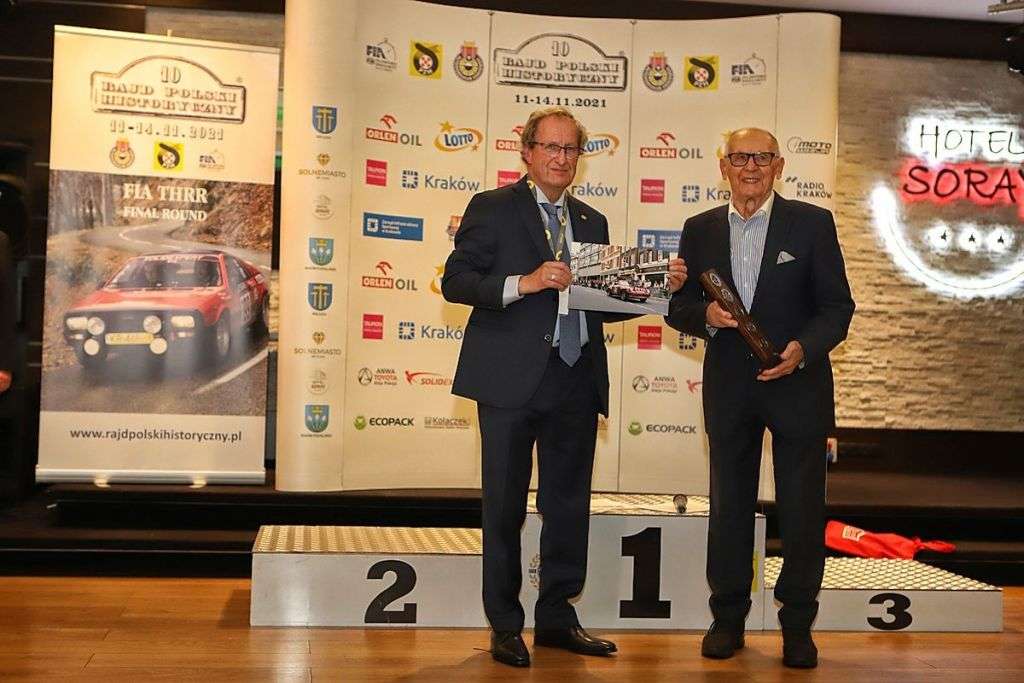 Bratislava Petkovic (1948-2021), a former minister of culture, qualified confectioner, connoisseur of art, literature, Serbian history, car mechanics, restoration, and a passionate collector of historic vehicles who founded the Belgrade Auto Museum. Petkovic’s son received the trophy on behalf of the family at the museum, with a private ceremony. 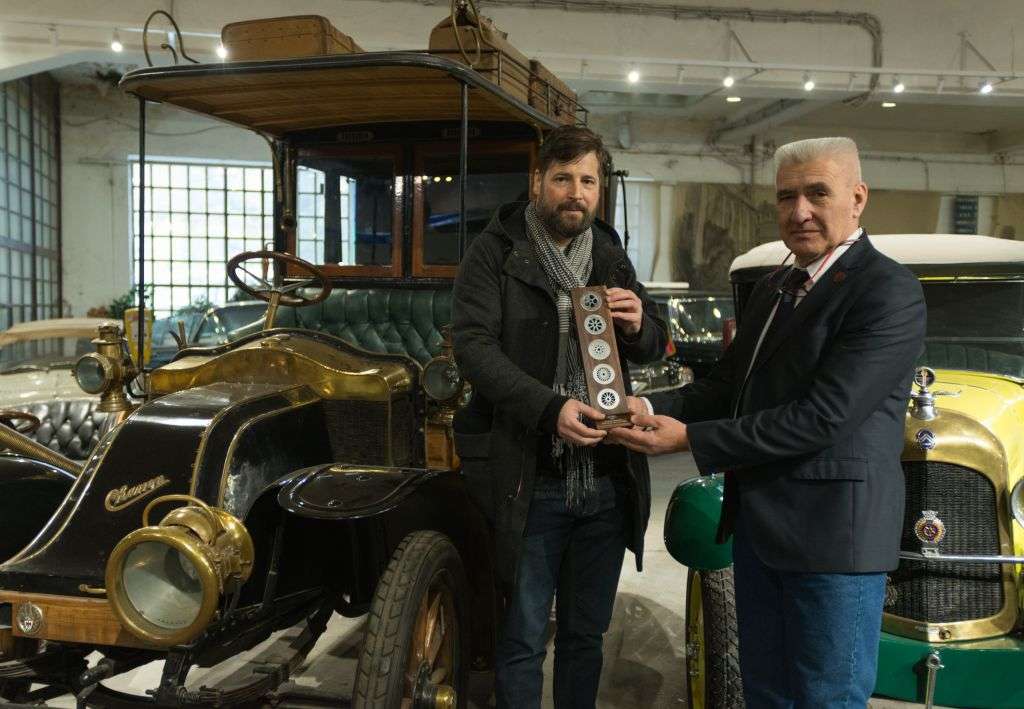 Damian Mateu Bisa (1863-1935), who – together with Marc Birkigt – founded Hispano-Suiza in Barcelona in 1904, a brand synonymous with elegance, luxury, sportsmanship and hugely innovative technology.