Touristic Classic Motorcycle Event
Wednesday, 10 May 2023 through Sunday, 14 May 2023
Start and finish in 2345 Brunn am Gebirge near Vienna Wien 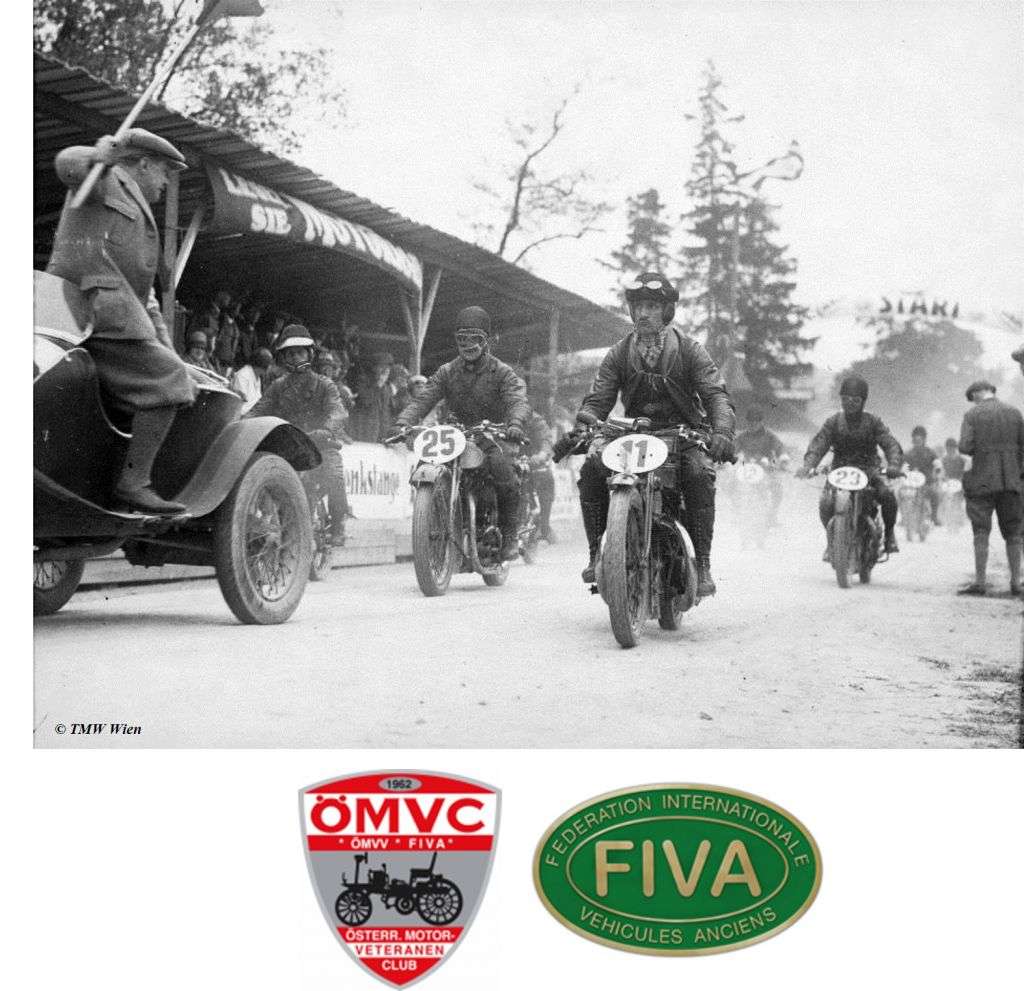 At the beginning of the 20th century, when motorsport was emerging worldwide, the British island of Isle of Man was considered “the” Mecca of motorbike racing for fans of this sport. Since 1907, daring road races have been held there under the name “Tourist Trophy”, or “T.T.” for short. The race is considered the oldest, most dangerous and most controversial race in the world. It is run on the public road network, which at the time were poor sand roads with inadequate safety measures.
Soon the idea arose to hold these races on the European mainland as well and so there was a T.T. in Hungary from 1924, in the Netherlands from 1925, in Czechoslovakia and in Sweden from 1926 and in Spain from 1932. Austria was the first country on the European mainland to hold a classic T.T. on a specially selected circuit as early as 1923. Breitenfurt at Vienna was chosen as the venue for this motorbike race. The course, which was specified as 20 kilometers long in the announcement, had to be covered a total of 15 times, which would correspond to a total distance of around 300 kilometers. To promote the development of touring motorbikes, only commercially available machines were allowed to start. At the first race in 1923, 28 riders in three classes started at the Breitenfurt circuit, only 17 of them finished.
Let’s talk about the name of this race: Everywhere people spoke and wrote about the “Tourist Trophy”, although this race was not called that at all. And for a simple reason: the organizers of the race on the Isle of Man insisted on their copyright and the uniqueness of the name. Thus, the name “Touring Trophy” was chosen for Austria, as can also be read on the poster of the invitation to the first race in 1923. However, everyone continued to speak of the “Austrian Tourist Trophy”, or simply the “T.T.”.
While the first race in 1923 was organized by the “Wiener Motorsportlichen Herrenfahrervereinigung”, the second race in 1924 was already under the auspices of the “Österreichischer Automobil-Club”. Yet this race was not supposed to take place in Austria. At the time, it was agreed that the Austrian T.T. should alternate annually with a race held in Hungary. But the interest in an Austrian race was so great that it was decided to hold the race on the Breitenfurt circuit in 1924 as well. For 1925 they were looking for an even more selective course, also the compensation payments to agriculture seem to have become higher and higher, so in 1925 they switched to a circuit in Hinterbrühl. But this decision was not a good one, because the spectators did not have a good view of the action. Therefore, the decision was made to return to Breitenfurt in 1926.
The decisive factor for this decision was that the “Österreichische Motor-Rennfahrer- Vereinigung” (Ö.M.R.V.), in cooperation with Alois Schasche, had built a training ground on the site of today’s “Klein-Lido” housing estate in Breitenfurt-Ost, which could also be used as a paddock for the participants of the Touring Trophy.
Any claims for compensation against the farmers of Breitenfurt were settled in advance, and shuttle buses were even set up for spectators from the Café-Westend near Vienna’s Westbahnhof railway station to the racetrack. When the T.T. was held in Breitenfurt for the fourth time in 1927, an interesting discovery was made: the remeasurement of the track showed that it was not 20 kilometers long, as had always been assumed, but only 18.1. This also put the sensational lap speeds communicated throughout Europe into perspective. A large start-finish grandstand and a smaller VIP grandstand were built. A tower for referees and timekeepers was also erected, and the race was switched from individual starts to a flying start for all participants. The race developed into a major motorsport event in Austria. In the best times, up to 120,000 (!) spectators are said to have stood along the track. But the world economic crisis, disputes among the organizers and cost issues made it necessary to relocate the T.T. to Wolkersdorf from 1931. In 1932 it was held for the last time.
In 1948, attempts were made to bring the race back to Breitenfurt under a different name on a shortened circuit – in vain. Since 1985, the Motorcycle Veterans Club Mödling (VMCM) has held a regularity race for historic motorbikes on the former T.T. track. (Texts Oldtimermarkt 07/2021, Helmut Schmitt) 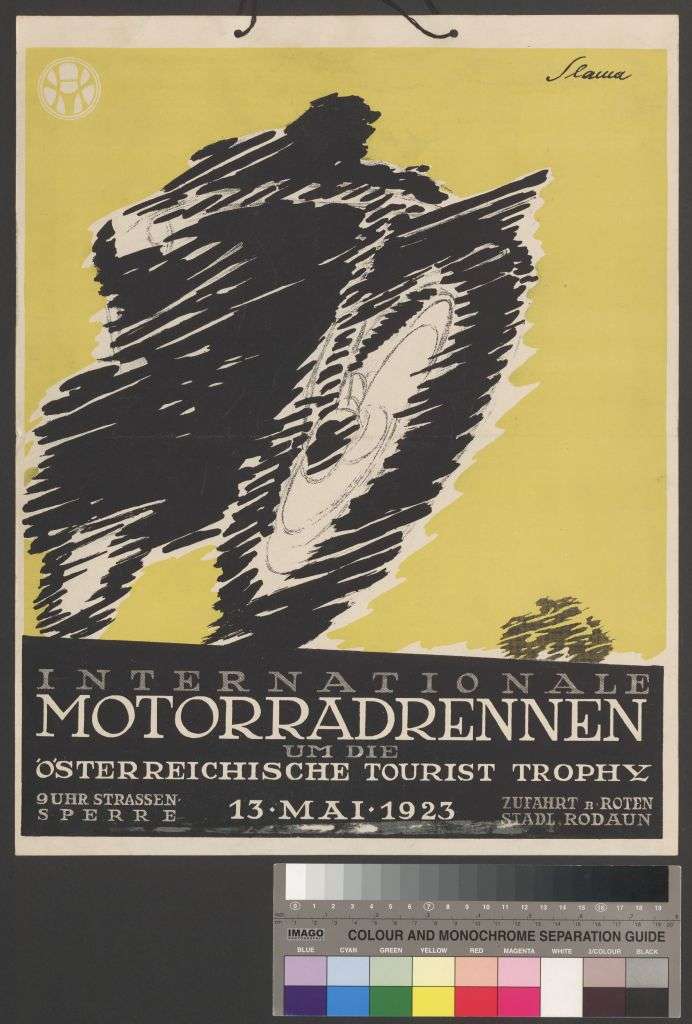 To mark the 100th anniversary, the ÖMVC (Austrian Motor Veterans Club) is organizing commemorative tours as part of the FIVA Motorcycle Event 2023. Around 100-150 guests from Austria and abroad are expected to revive the spirit of this legendary event. The start and finish of the rides over the famous Höhenstrasse and to Semmering will be in Brunn am Gebirge every day. Friday will be dedicated to the Wiener Höhenstraße and Wienerwald with its unique views of the city. As part of the ride there, there will also be T.T. rides from 1925 on some sections of the route. Between 1899 and 1933, the legendary Semmering race took place with large motorbike participation.
Participants will ride on much of the original route. The Semmering and the city of Vienna are UNESCO World Heritage Sites.
On Saturday, 13 May 2023, the center of the event will be Breitenfurt with a round trip following the legendary T.T. route.
The aim is to offer a very interesting program for national and international guests, in order to revive the spirit of historic motorbike events, embedded in the great architectural, geographical and cultural diversity of Austria.
It is a touristic classic motorcycle discovery tour for two-wheelers and sidecars up to and including year of construction 1983 or older, with start and finish in 2345 Brunn am Gebirge, which is carried out according to the Austrian Road Traffic Regulations, whereby an average speed of 50 km/h may not be exceeded. The route is adapted to the age of the vehicles. The total length of the rally is approx. 300 km. Approximately 99.9 % of the route distance is on paved roads. The route is ridden in small groups of up to 20 vehicles with experienced motorbike guides. 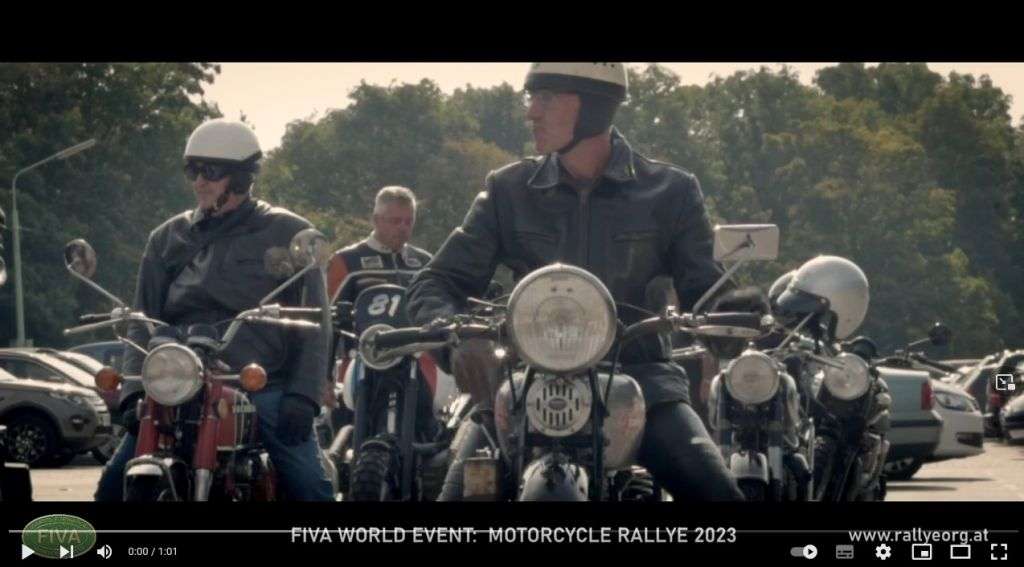 Eligible are historic motorcycles including 1983 (optional FIVA ID Card). The vehicles are grouped according to year of manufacture and performance classes.
All participating vehicles must be registered on the road. The driver or vehicle owner is liable for the legal registration of the vehicles.
5. Administrative and technical check
The administrative and technical inspection takes place on Thursday, May 11, 2023 at Brunn am Gebirge, Bruno Eventlocation, Franz Weiss Platz 7, 2345 Brunn am Gebirge between 12.00 and 17:00. Each participant has to take care of his timely appearance. During the administrative acceptance, the participants receive all necessary documents.
The official starting times correspond to the radio clock time or GPS time! (Check: Tel. 0810001503).

The event is limited to 150 participants (motorcycles), the entries are ranked after the date of receipt! Confirmations will be sent out continuously.
The entry is made via online registration on the site www.rallyeorg.at

Please transfer the entry fee to the following account:
Easybank
RallyeOrg, IBAN: AT72 1400 0054 1008 5986, BIC: BAWAATWW
Entries without payment of the entry fee will not be accepted.
Entry fee is redemption money and will only be refunded if the entry is rejected or the event is canceled. In case of cancellation of the event due to “Force majeure” (natural disasters, ozone alarm, or similar) 50% of the entry fee to keep coverage of organization costs, will be charged. 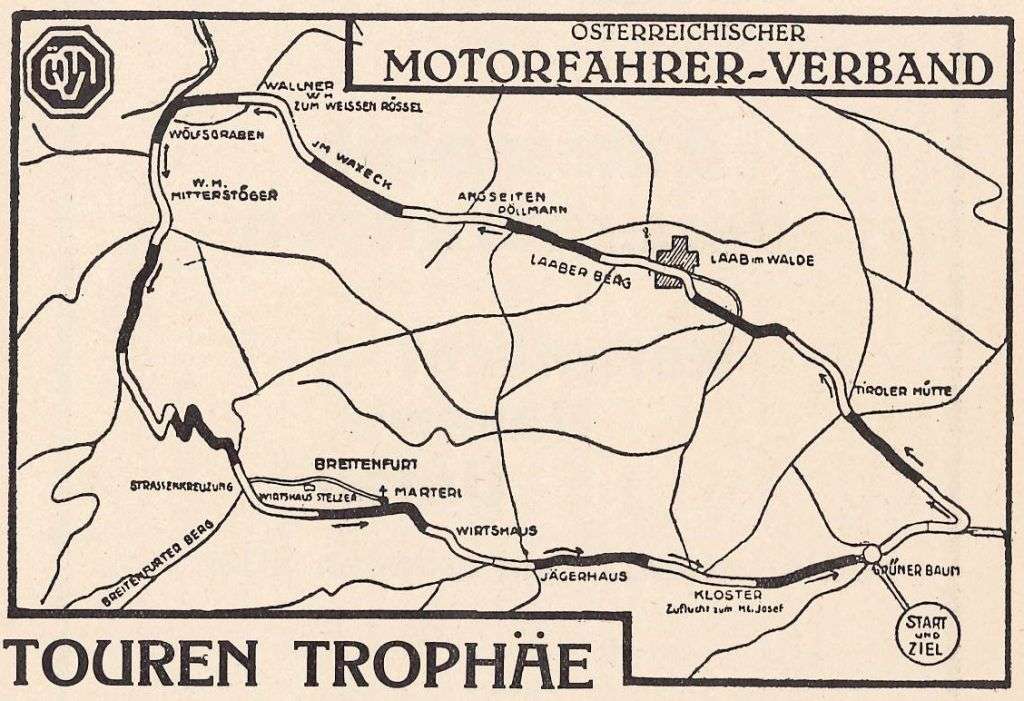 By submitting the entry, the participants declare that they know the conditions of the event together with the regulations and that they accept all regulations. The drivers undertake to comply with the provisions of the Road Traffic Act (StVO) throughout the event and hereby irrevocably declare to take civil and criminal liability for all personal, material and pecuniary damage caused by them and by the vehicle they are moving. In particular, the driving speed is always to be chosen in a way that no danger potential can arise.
Furthermore, it is noted that the organizer as well as all authorities, organizations and individuals associated with the event refuse any liability for personal injury, property damage or financial loss resulting from the participation. If, due to a damage caused by the participant or his vehicle, by third persons claims for damages are made against the organizer, the organizer and / or other parties are to be held harmless and harmless by the causer. The drivers confirm that they have ensured that the vehicle complies with the StVO. The drivers also confirm that they are in possession of a driving license valid in Austria and are authorized to drive the vehicle.
It is noted that photo, film and video recordings produced during the event may be used for PR purposes and that the organizer may not be entitled to any claims whatsoever, even if this publication is not directly related to the event. The COVID 19 national regulations in force at the time of the events apply 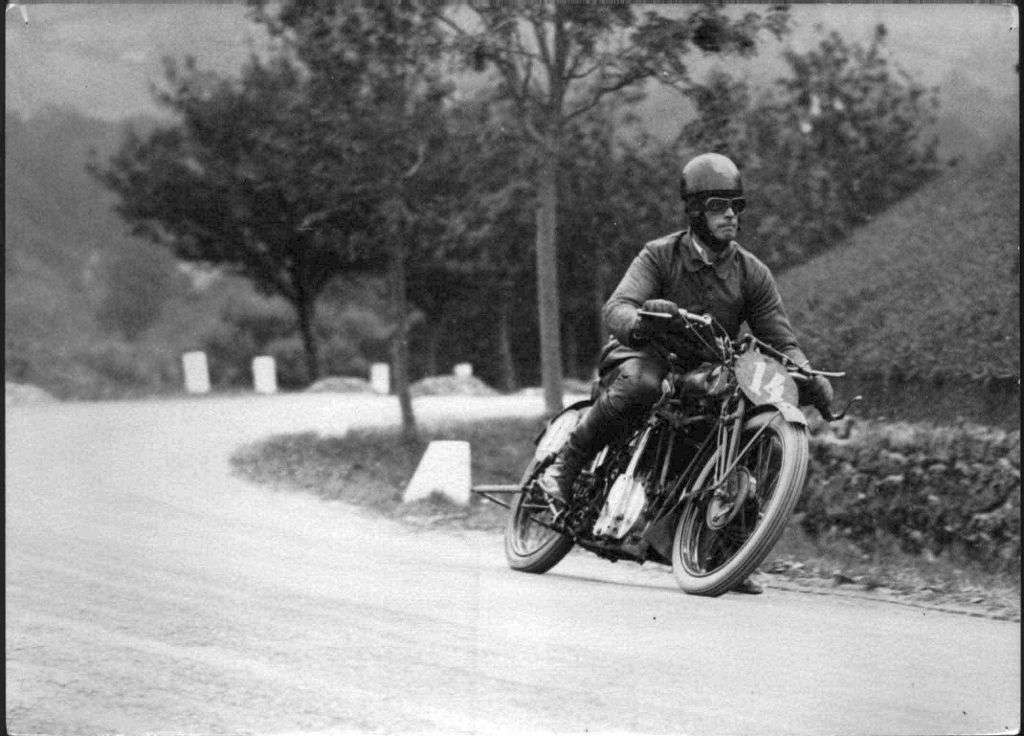