The second personality to be inducted into FIVA’s Heritage Hall of Fame for the year 2022 was Evert Louwman (born 1940, in The Netherlands) at a wonderful ceremony in the White Room of the Paleis Soestdijk (within the commune of Baarn, in The Netherlands) during the first day of the Concours d’Elegance there on 26th August last. 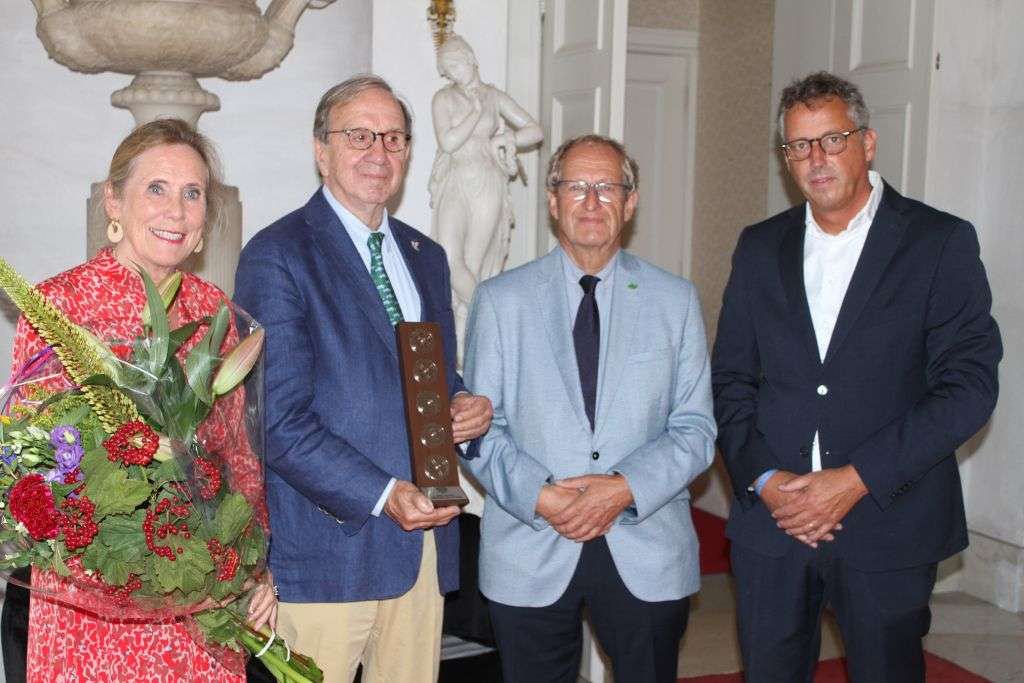 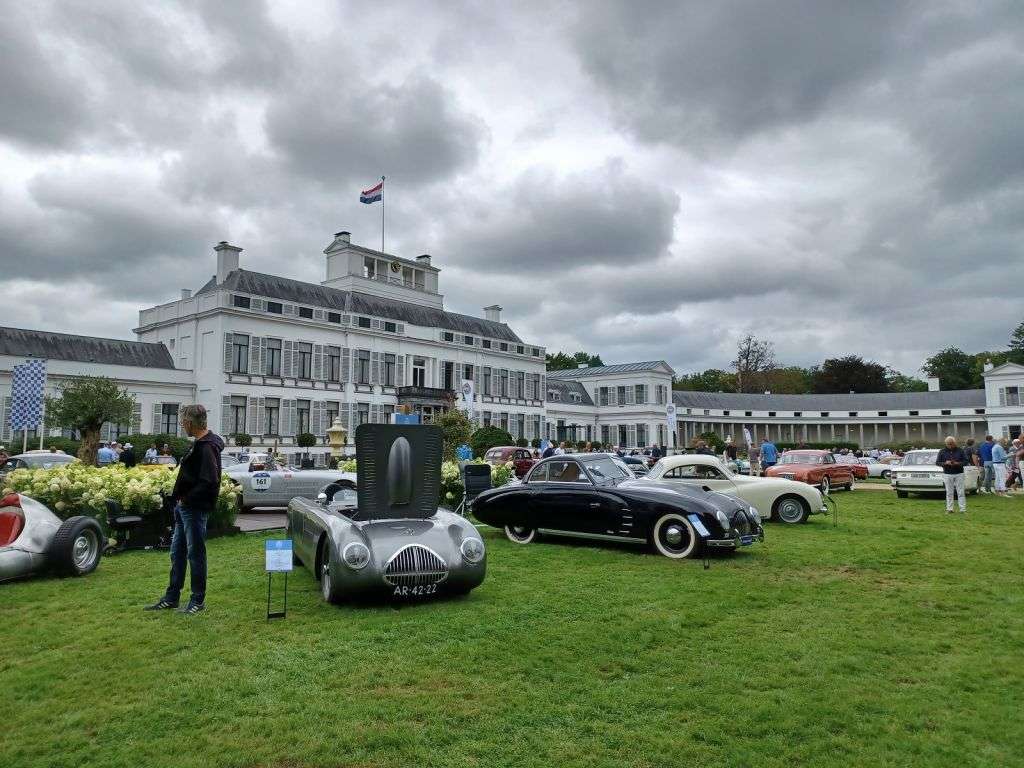 With its origins dating back to the middle of the 17th century, Paleis Soestdijk is one of the four official palaces of the Royal Family of the Netherlands. The main residence of Queen Juliana of the Netherlands and Prince Bernhard from 1937 until their deaths in 2004, the palace was acquired by Louis Bonaparte, the king of Holland, in 1806.

The setting was just perfect for honouring one of The Netherlands most important motoring personality, Evert Louwman. Founder of the Louwman Museum, one of the oldest private collections of historic vehicles in the world, dating back to 1934 and now comprising more than 275 cars from 18 countries and more than 100 manufacturers, Evert Louwman graciously accepted the trophy symbolising the inducting into FIVA’s prestigious Hall of Fame from FIVA President Tiddo Bresters (who is also one of the nine jury members for the Hall of Fame). 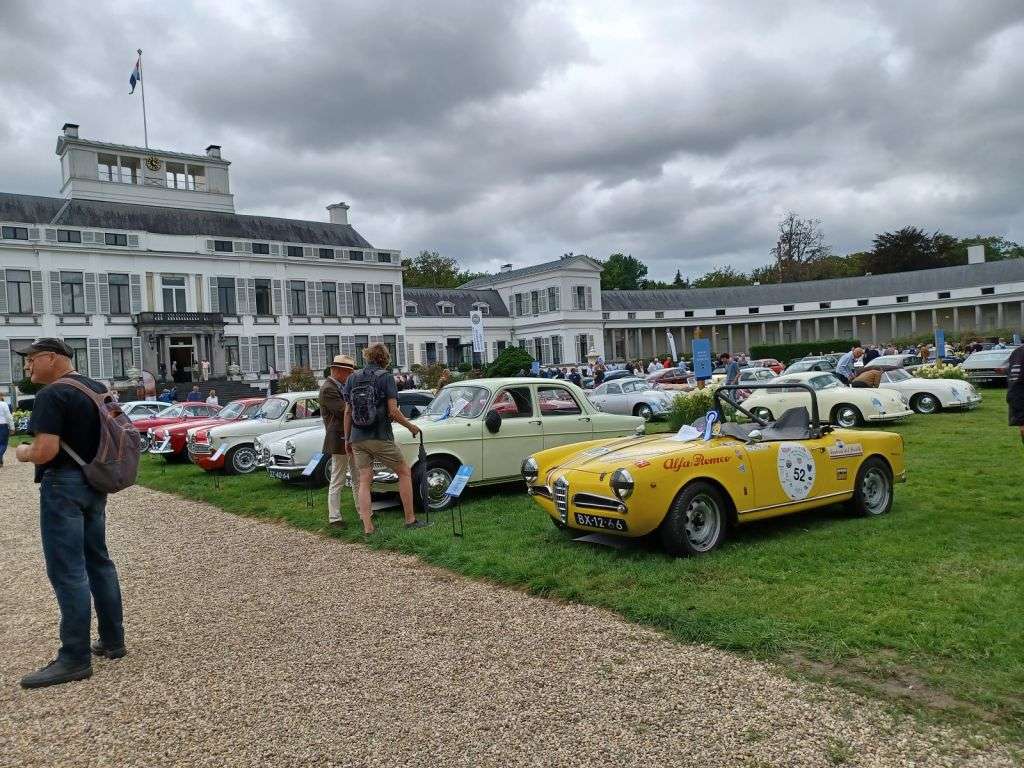 Also, present for the ceremony were Gautam Sen, Vice President Communications for FIVA and Harit Trivedi, member of FIVA’s Legislation Commission and representing India’s FHVI, given the selection of amazing India-provenance cars in the Louwman Museum.

The Louwman Museum, designed by prominent architect Michael Graves, houses several remarkable cars that the Louwman family had acquired over decades, with the very first car in the collection, a 20-years old 1914 Dodge, acquired by Evert’s father Pieter Louwman, who was the importer for Dodge for the Netherlands, in 1934.

In 1969, the collection of Geerlig Riemer was added. Riemer was also the founder of the Instituut voor Autobranche en Management (IVA, or the Institute for Automotive and Management) in Driebergen. Therefore, two generations of the Louwman family have contributed to making this one of the finest museums in the world. It is the oldest private automobile collection in the world open to the public.

The driving force, no doubt, was Evert Louwman, and was the person who took over from “your father, who set in motion, step by step, to become the Louwman Museum of today,” explained Tiddo Bresters as the ceremony on 26th of August. “Without the first Dodge 1914 that your father kept, the museum would probably not have existed. So, when we honour you, we are also honouring your father. Who founded Louwman & Parqui in 1923, together with Arie Parqui. Thus, there’ll be a big party next year! We know your name now mainly through the museum, but we must not forget your very successful entrepreneurship in the automotive industry.” 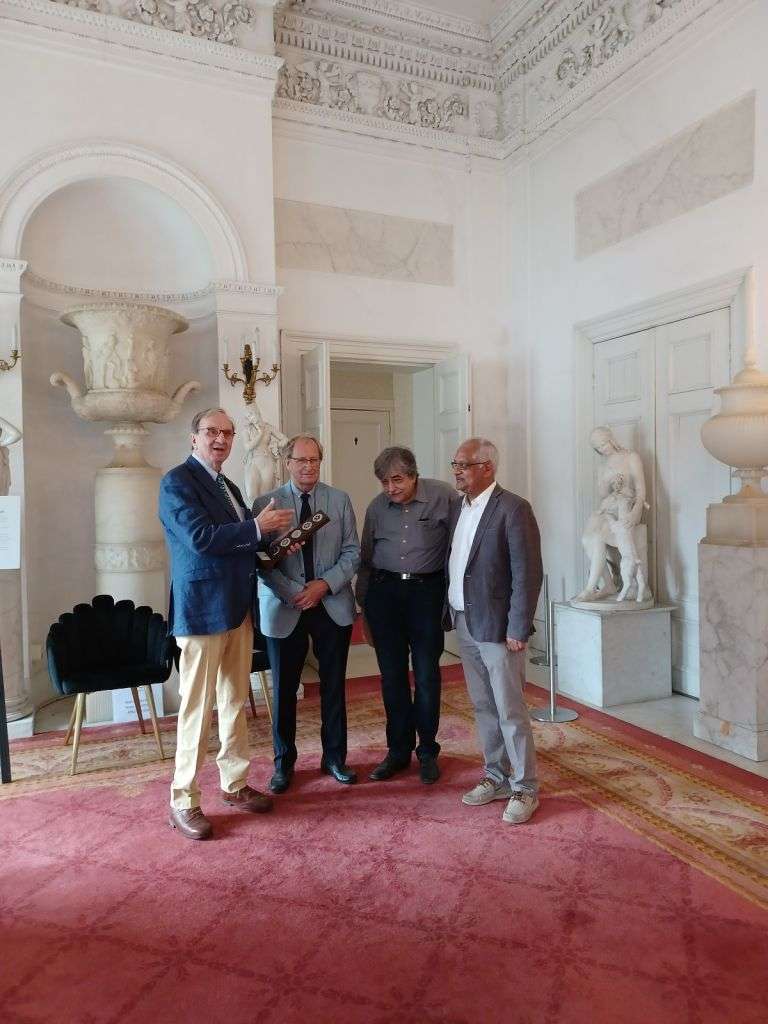 “Over the years, Louwman & Parqui has introduced many brands to the Dutch market,” explained Bresters. “A number of them less known, not to say obscure, but with Toyota came the breakthrough, under your leadership. With that your passion for classic cars could take more and more shape.”

“It is a great honour to induct you into the FIVA Heritage Hall of Fame today, at this special place, and during this wonderful, prestigious event, by presenting you with the accompanying award,” concluded Tiddo Bresters.