*Chasers Nick Maris and Henry Carr, Datsun 240Z, have win in their grasp but settle for second *Tight Porsche fight for 3rd goes to Tony Sutton and Bernard Northmore in final tests

Who would have thought after 10 days, 3500 kms across five countries with 42 regularities and eight tests, that the three podium positions would go down to the wire on the tenth and final day?

There was tremendous pressure on Dick and Harry Baines as they went into the final day of London Lisbon, just eight seconds ahead of the sweet and powerful Datsun 240Z of Nick Maris and Henry Carr. The Datsun crew were expected to overhaul the Cooper S crew for the lead at any moment, given their relentless pursuit, but it was not to be. Nick and Henry briefly stumbled whilst farmers, Dick and his son Harry Baines held their nerve to win by 15 seconds! “Not bad for a couple of farmers!” said a delighted Harry through a champagne soaked smile under the HERO-ERA podium arch in the Hotel Palacio, Estoril Portugal, the scene of many a motorsport triumph.

The Hotel Palacio was where Ayrton Senna celebrated after his first ever Grand Prix win 1985, the WRC also lodged there in the 80s, so the Baines took their awards in an historic motor sport setting.

All it took for Nick and Henry Carr to lose the battle on the final day was a brief hesitation on a junction of regularity four, the roads that threatened to contain a ‘sting in the tail,’ and Nick’s confusion on the race track test between a box to stop in and a stop astride. Nick worked out that this had cost them five precious seconds. However, the crew were generous in their praise of the winners and were absolutely delighted to take second place.

Nick: “I can’t say that it’s not bittersweet, but when one is offered to take two instead, you take it! If someone had told me at the outset that we were going to be in second place, I would have been over the moon. The reality is that we are both over the moon!”

Tony Sutton and Bernard Northmore enjoyed a major battle with Stephen Owens and Pete Johnson over the last three days in what became the battle of the Porsches, as they kept swopping the final podium position. Tony was in his 911 SC and Stephen in the 911 SWB, but with just two tests left at the Kiro Kartodromo on the final day, there was just three seconds between them. Sutton and Northmore kept their noses ahead by the same margin to claim third overall. Quite a contrast as Tony pointed out to his ‘Spirit’ award on the recent Flying Scotsman.

Stephen Owens and Pete Johnson finally finished fourth but won their class in the Porsche 911 SWB as some consolation for just losing out on the podium.

Also winning their class were Julia and Steve Robertson who were an impressive 5th overall in the 1955 TR3. Graham Platts and Neil Ripley were forced to nurse their 1956 Austin Healey 100M for the last day-and-a-half after suspension mounting damage, but still achieved their goal of winning their class with a creditable sixth overall.

John Evans and Tristan Judge were very pleased to win their class in the rare and striking Alfa Romeo 1600 GT Zagato, seventh overall ahead of Dave Maryon and Andy Ballantyne in their MGB.

Crews who also performed with gusto, which propelled them to class wins, were Susan and Derek Skinner in their Porsche 912 and Paul and Sandra Heaney on their first long distance rally in their TR6. Sadly Neil Lawson-May and Richard Williams had to retire their ditch-beating Lancia Fulvia on the final day.

There has been a fantastic reaction which I think is nice. People tend to forget when they get back after two years of the pandemic, what rallying is really like. Some said it was hard, but they still had big smiles on their faces. And you know, it’s true that after two years, crews just wanted to get back out there. London to Lisbon is one of our main events, but what is encouraging is that it has attracted a lot of beginners, because the truth is that we have to bring in new people and promote and protect this sport. Look at the winning navigator today, Harry Baines, he is just 26 and this is only his fifth event – how brilliant is that?” 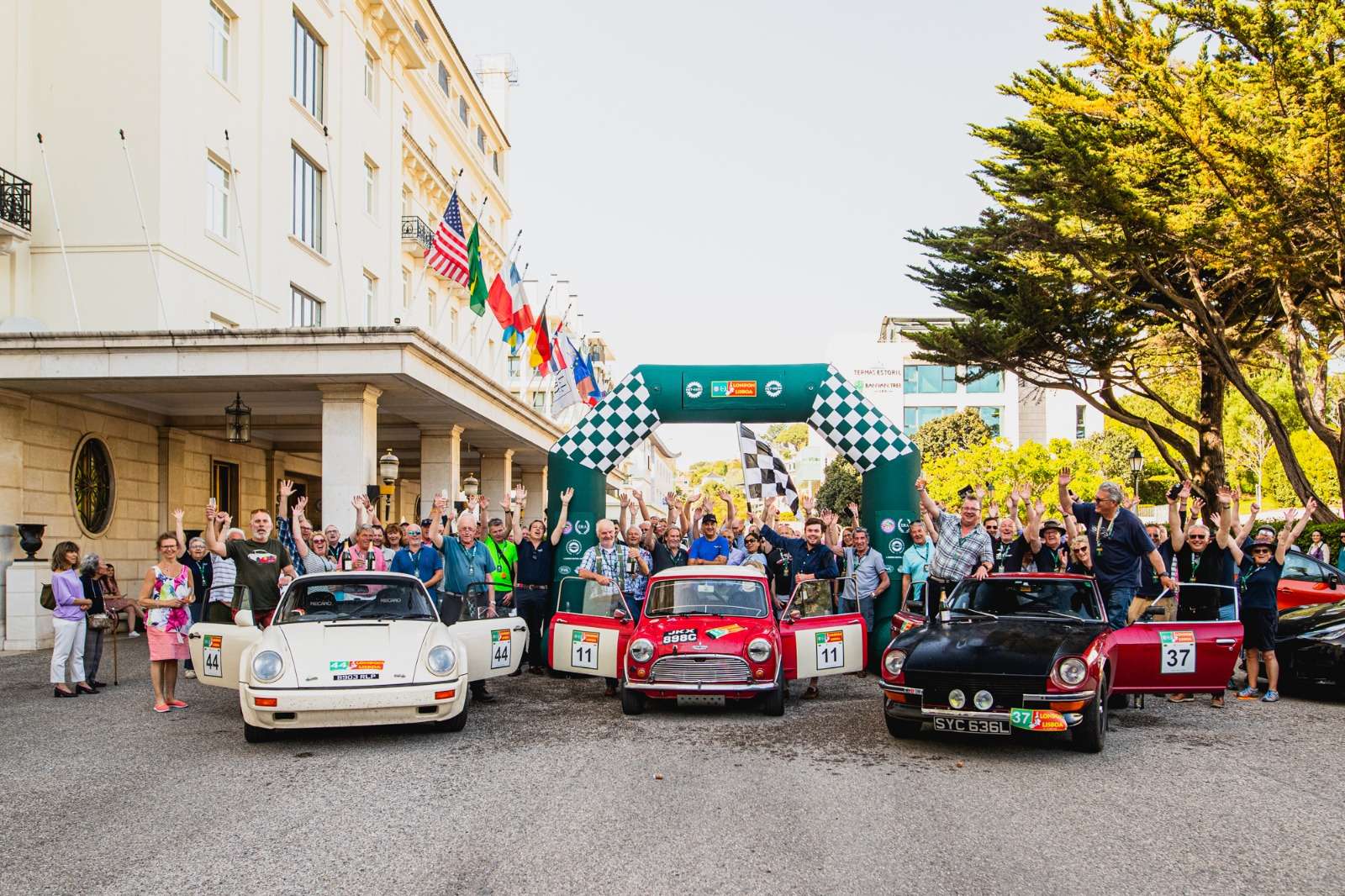 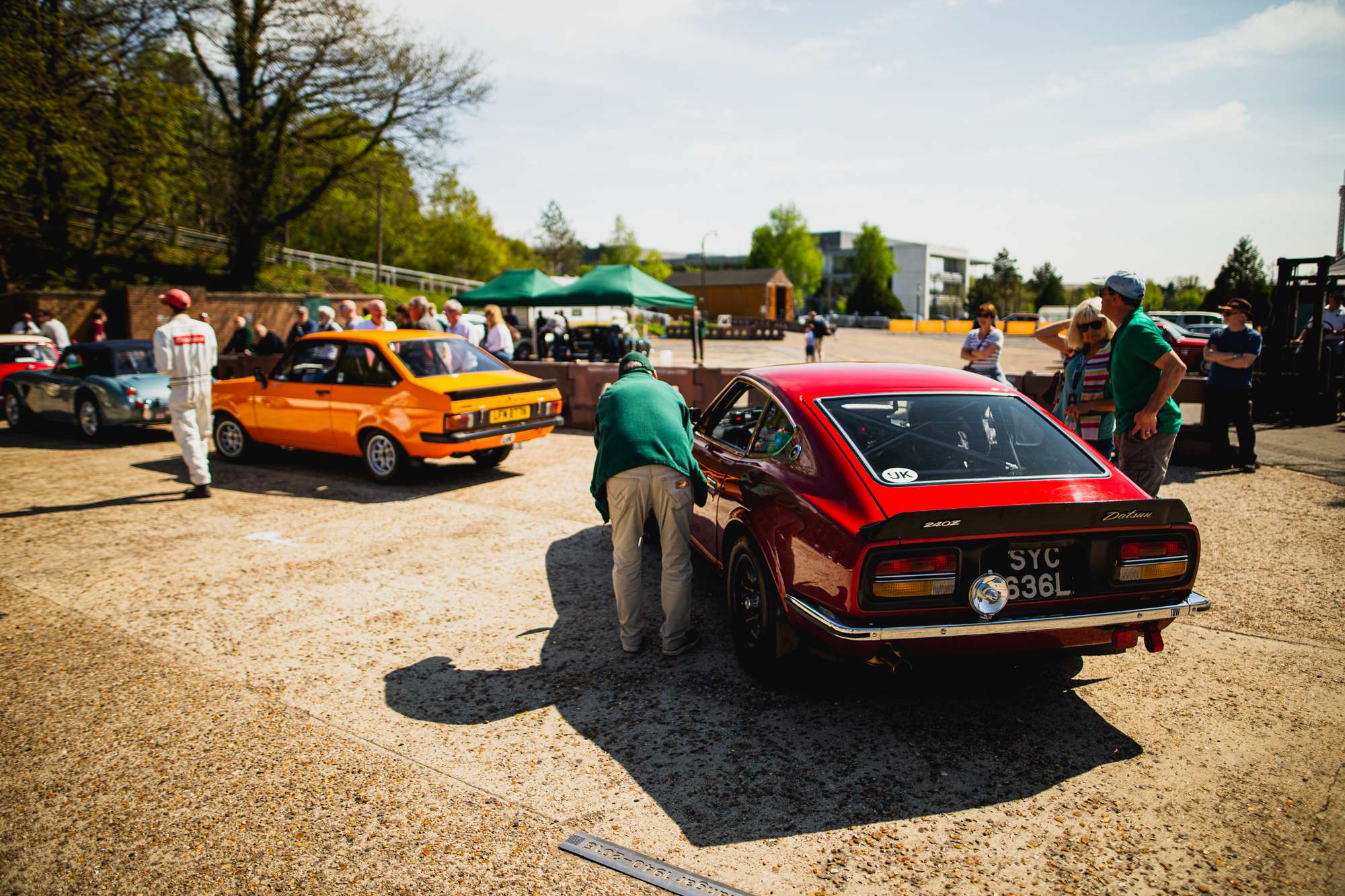 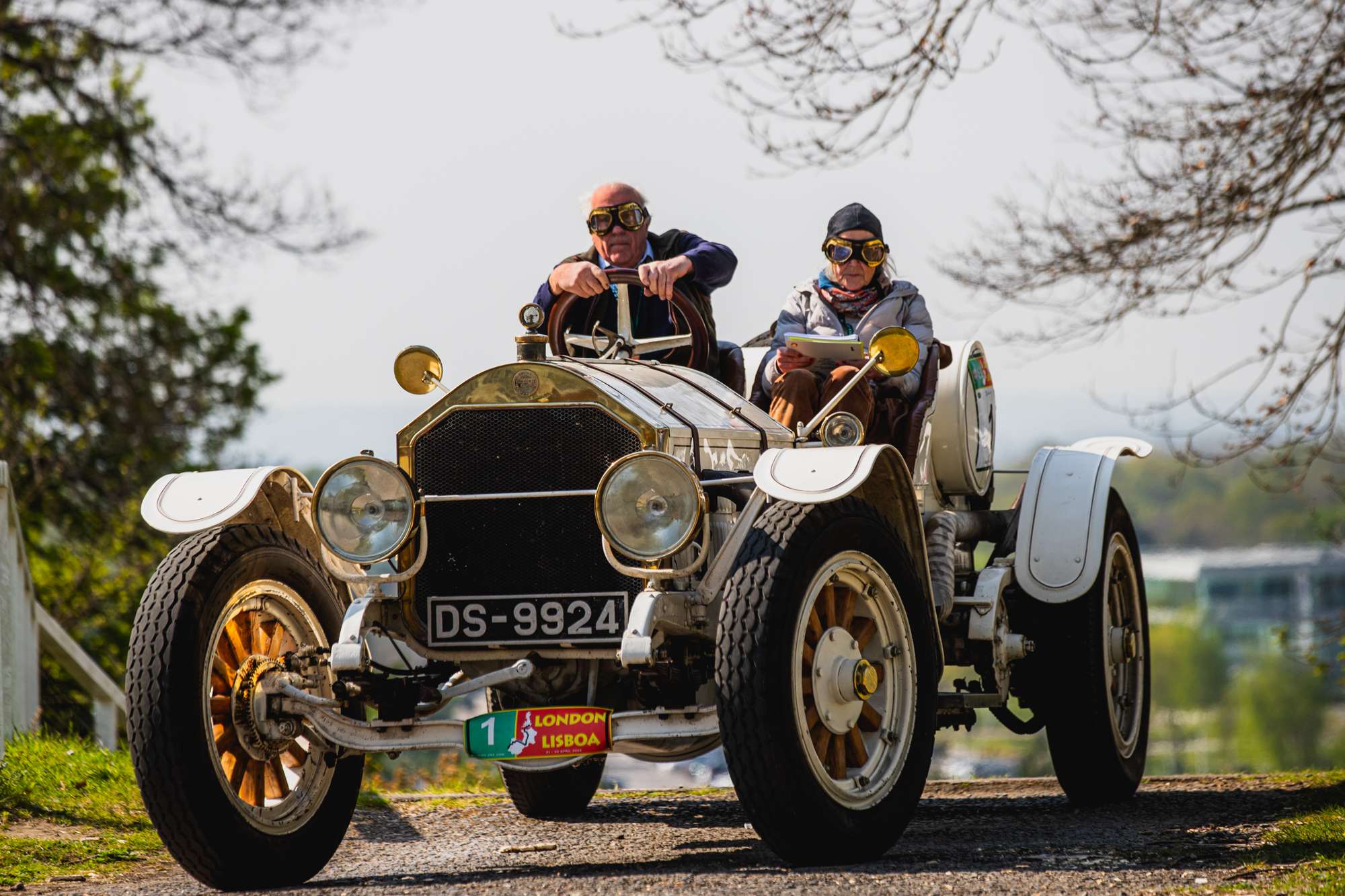 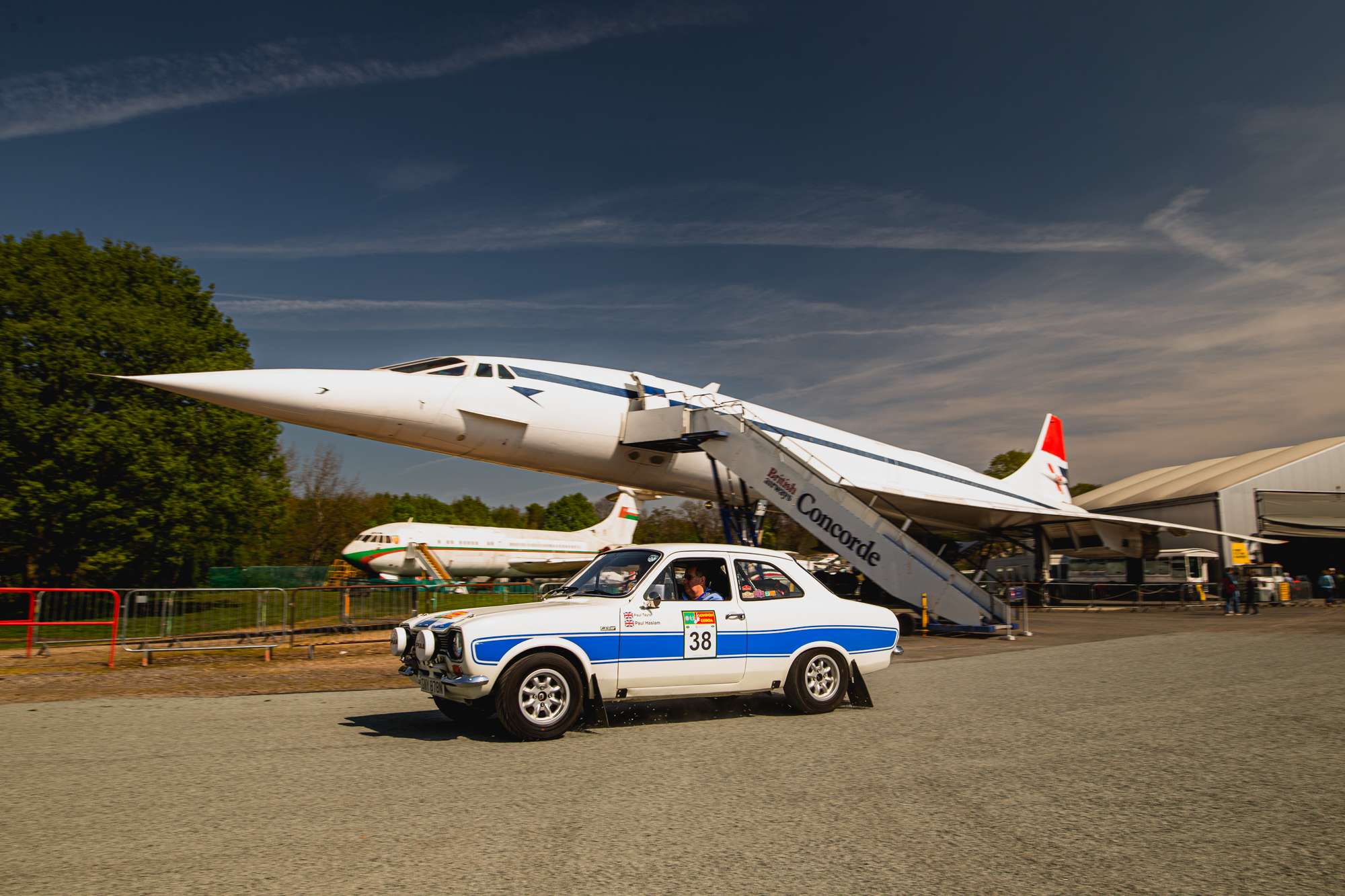 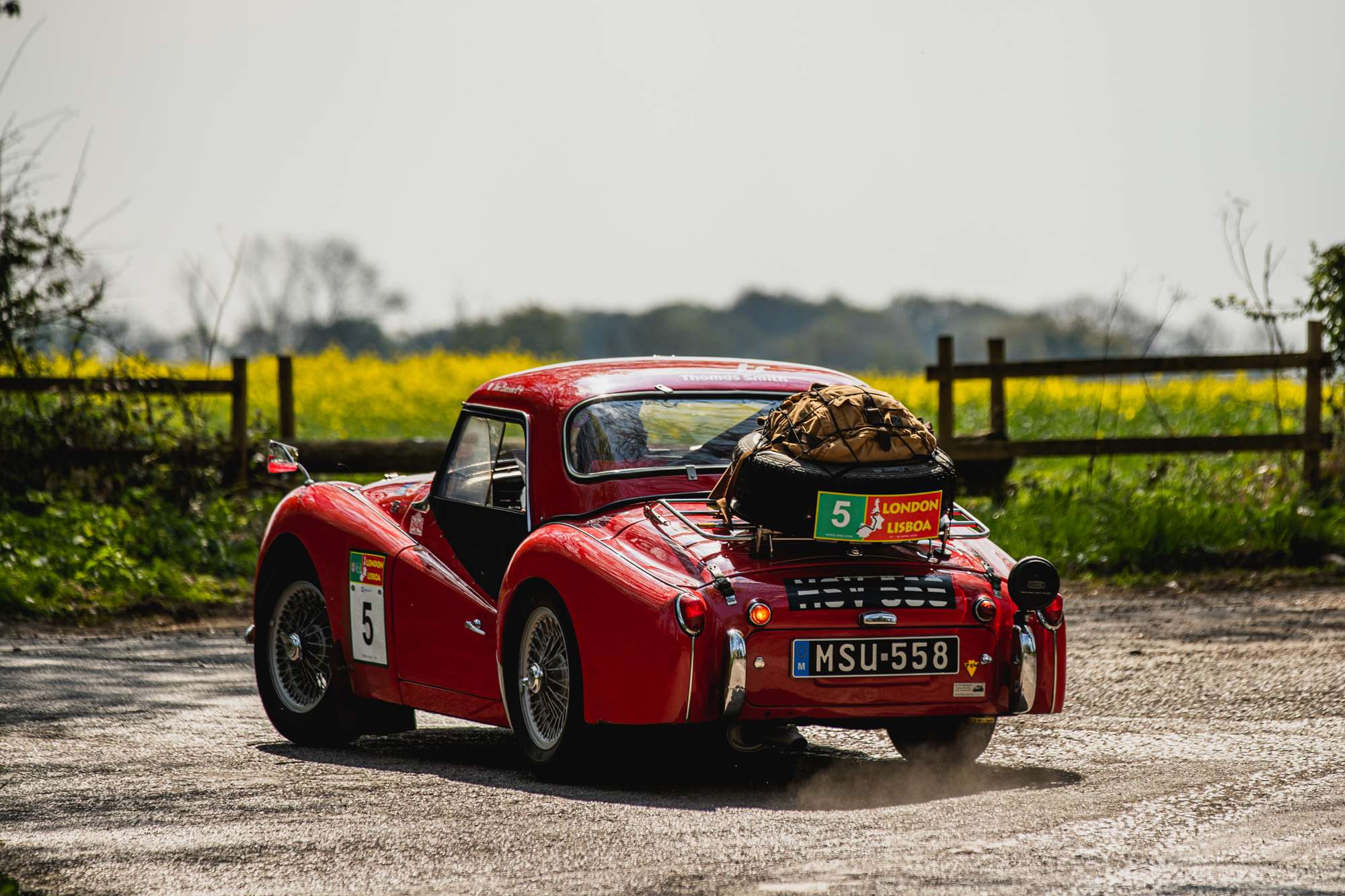