Nova Gorica has received the FIVA Culture Award 2022 for the awareness raising category for its dedication over years for the popularization of importance of technical cultural heritage. The award was presented to the municipality of Nova Gorica and the Auto Moto Club Gorica  (AMD Gorica) for their efforts in promoting technical cultural heritage, 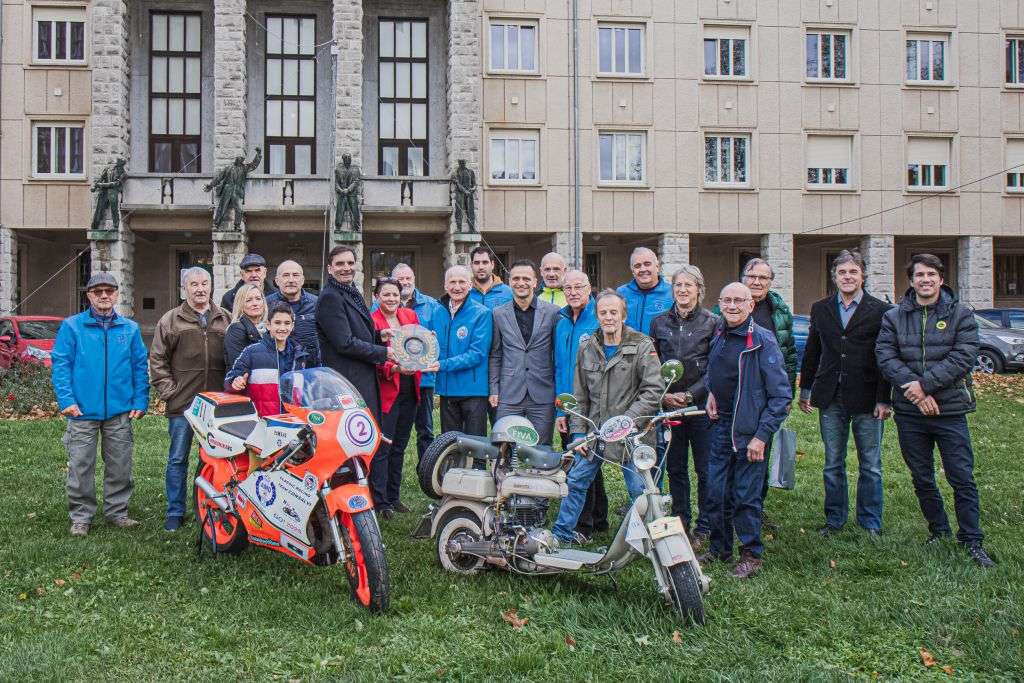 Today was a special day for all Gorizia’s motorsport enthusiasts, and especially for historic car enthusiasts. Several prominent representatives of AMD Gorizia gathered at the award ceremony at the Municipality of Nova Gorica. Among them were the President of AMD Gorica, Miran Mozetič, and the Head of the Historic Motorbike Section of AMD Gorica, Dušan Gomišček. Also present was Leon Poberaj, who is considered an icon of motor sport in Gorizia, for many years he was the top in Yugoslav rallying and also drove in the Monte Carlo Rally. He was accompanied by his son Miha and his grandson Oskar, who is considered one of the most talented young kart drivers in Europe. The Poberaj family is nurturing and continuing the tradition of motor sport. They were all proud that their efforts to raise public awareness of the importance of this movable cultural heritage had been recognized internationally and rewarded.

The award was accepted on behalf of the Municipality of Nova Gorica by the Mayor, Dr Klemen Miklavič, who emphasized that he was accepting the award on behalf of all those who had contributed to it and who had worked with the Municipality in re-establishing the tradition of motorsport and historic motorcycles in Nova Gorica: “This is an international award, which reflects the effort that has been put in over the past years into the re-popularization of once motor racing and motorsport in the city, today parades that remind us of those glorious days. Most of all, for the technical cultural heritage that has been preserved in the form of historic motorcycles. This is what reflects the identity and tradition of the city. Motor sport and historic motorcycling have been developing in Nova Gorica since its foundation. Preserving this tradition is important for the preservation of technical cultural heritage and the memory of human creativity. Mechanical engineering and technology have consolidated and contributed to the progress of our civilization. Even though we are now moving to cleaner forms of transport, it is right to remember this historic period of our civilization.” 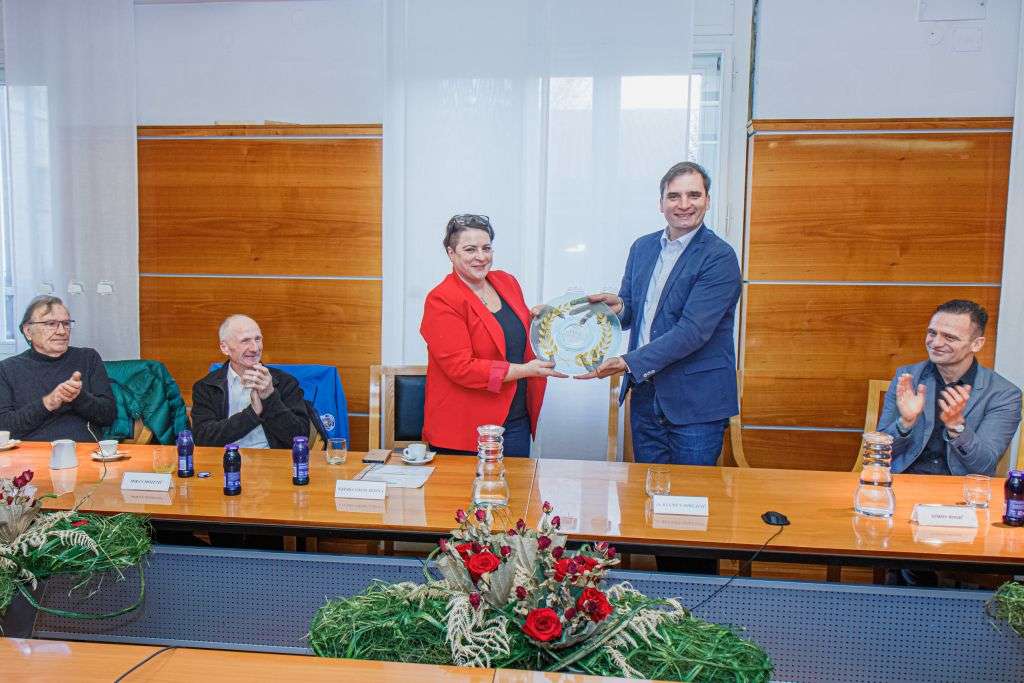 FIVA Vice-President Nataša Grom Jerina pointed out that “Nova Gorica impressed the ten-member international jury with its commitment, enthusiasm and tradition. In this town located on the border with Italy, there is a seventy year long tradition of motorcycle road races, today known as a revival in a form of a parade. The event is attracting thousands of spectators from all over the world.

The main goal of the Goriska region is the so-called borderless area. The neighboring towns of Nova Gorica and Gorizia {Italy) were separated by the national border after the second world war. This left a big mark in the local environment and life in general.

Today’s initiatives of both towns are to create an urban area (Nova Gorica – Slovenia, Gorizia – Italy), a common future, a future where there is no room for walls or wire fences.

They want to be architects of bridges of integration, though being aware that our differences enrich us, but also that history can unite us rather than divide us. The conurbation can be achieved also through projects that are connected to movable cultural heritage. One of the main reasons why the two cities of Nova Gorica and Gorizia participated together and won the high-profile European competition for the title of the European Capital of Culture 2025. In the light of the various events taking place under the slogan #Borderless.

The project »Revival of motoracing in Nova Gorica« started in 2011 and since then yearly presented to the public, strongly supported by the local club “AMD Gorica” that remains an important factor of technical culture and a guardian and promoter of technical heritage related to vintage vehicles, which connects a large number of enthusiasts. 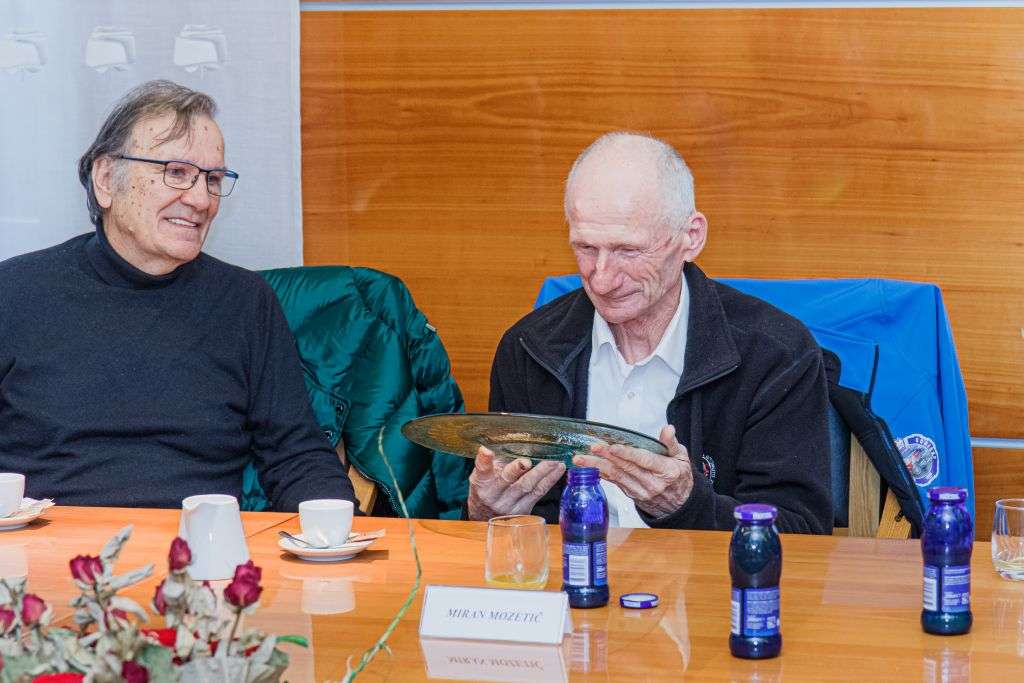 Miran Mozetič, President of AMD Gorica, was delighted to receive the award, “I am happy that it has been noticed that we are doing something for the historic automotive movement and motor sport. Nova Gorica used to breathe racing. Now we have tried to revive this tradition. Unfortunately, the late Ivo Leban gave me the idea to revive this tradition, to do something. And so it began, with an exhibition and vintage car rides around Gorizia. Here we have a lot of support from the municipality of New Gorizia, especially from the Vice-Mayor Simon Rosic. We have worked together very well in all these events and in the renewal of these traditions.”