The tenth anniversary of the Charter of Turin was commemorated in Turin as part of the European conference for motoring historians.

We had been anticipating the third motoring conference for two years and were finally able to welcome it. The conference was planned as a kind of duel between the pandemic and the organisers. 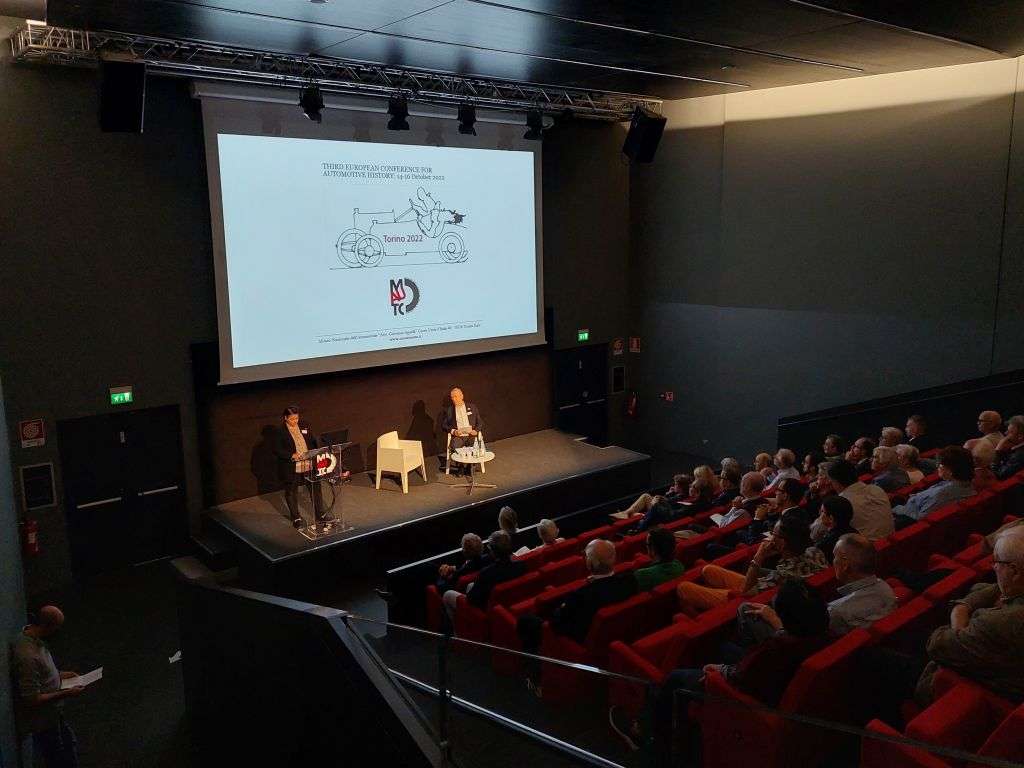 Thomas Ulrich and Anders D. Clausager, who courageously and successfully organised the first two events on their own, one in Mulhouse (2017) and one in Louwman (2019), were more than successful. They have always been able to gather up to 100 listeners and deliver approximately twenty good and varied presentations. The conferences are biannual. 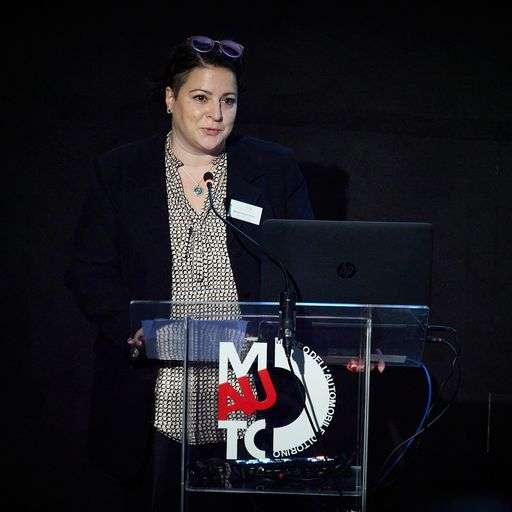 The Cultural Commission found itself on its way to its organisation in the midst of the previous one’s preparations. Due to other projects, our conversation with Ulrich shifted to the conference, and he invited us to attend. However, I must admit that it took some convincing on my part to make cooperation with FIVA at the conference a win-win situation and to make the conference recognisable. I’m not sure where the distrust stems from, but FIVA has never dealt with anything like this before. We are more concerned with the practical application of historical vehicles than with their theoretical aspects. However, one cannot exist without the other. And certainly not as part of the Cultural Commission’s work.

In the end, the organisation became so complicated that I doubt the conference would have happened at all if our secretary Gian Mario Mollar had not come to the rescue. Organisation at a distance can be challenging, especially when dealing with Italy and you don’t speak the language, nor can you control things from a thousand kilometres away.

All that matters today is that we completed the conference successfully. It was attended by about 100 listeners, including individuals from Australia and the United States, who listened to 20 excellent lectures.

The conference’s goal was to familiarise attendees with the various facets of the world of historic vehicles. From the incredible story of dancer Isadora Duncan, who died after her scarf became entangled in the wheel of a car (Joris Bergsma) and broke her neck, to the story of Dr Stefan Dierkes, who described how Pietro Frua created his concept vehicles in just six weeks. Dr Susan Grunewald gave us an overview of the Soviet car scene, and Sandro Binelli talked about his project, the research of Mille Miglia VIN numbers. Hans Lipp presented statistics on global car production from 1886 to 1918, Erich Karsholt talked about Danish manufacturers, Karl Ludvigsen introduced the European-world project from 1930, Aleksandar Vidojković talked about how to research the local history of vehicles using multidisciplinary procedures, Dr Elton McGoun discussed pre-war and sports cars in Europe, Dr Wolfgang Munzinger told an interesting and somewhat different story about the car as a “mechanical” mistress, Roland Dhondt discussed the development of tyres and wheels, Tobias Baldus discussed the development of car posters until 1914, and Dr Pál Négyesi provided an overview of the Hungarian industry.

We had an interesting weekend, and the atmosphere at the conference surprised me. Everyone was at ease, everyone was lecturing with enthusiasm and special energy, and the director of MAUTO, the Italian National Museum, who hosted the conference, occasionally jumped into the lecture with some interesting information and made it even more interesting. Did you know that D’Annunzio’s letter of gratitude to Giovanni Agnelli in 1926, when the latter gave him a Fiat 509 cabriolet, marked the beginning of the “female car” era in Italy? 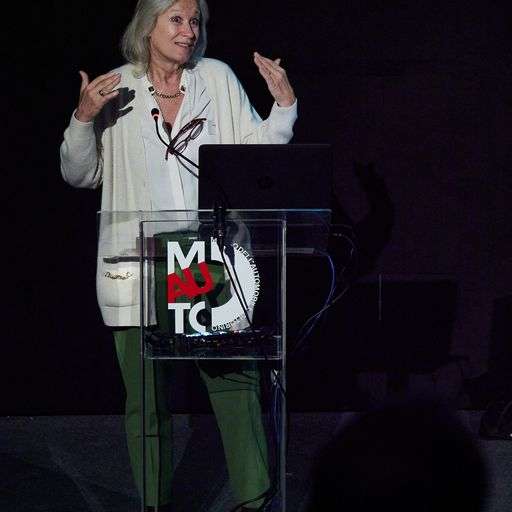 In 2024, the Cultural Commission at FIVA will take over a significant portion of the organisation, under the supervision of Thomas Ulrich and Anders D. Clausager. We already have a location in Munich. Furthermore, the organisers do not support hybrid forms of the conference, so I had to persuade them that this is a necessary evil in this day and age. They are concerned that people will not attend the conferences in person, which is required for the sake of quality. Although online lectures are popular, it has been discovered that the focus of participants and listeners is significantly lower. Videoconferencing has been shown to cause anxiety, social isolation, and emotional exhaustion, owing to a lack of social contact with other individuals. We eventually agreed to hold the conference in 2024 in a hybrid form, with access limited to those who signed up.

The Turin conference was very refreshing. Perhaps an unusual term for a conference, but I can’t think of a better way to put it. This is most likely due to the atmosphere that prevailed during the two days of lectures. I’ve met a lot of interesting people, including those who are passionate about the history of historic vehicles but do not own any cars. Also present were members of the Cultural Commission, the Motorcycles Commission, a representative from the Legislative Commission, our Secretary, President Tiddo Bresters, ASI President Alberto Scuro, and, of course, Mariella Mengozzi (MAUTO). After thousands of Zoom meetings in the last two years where we couldn’t agree on anything, the conference was a great way to improve our projects and work within the Commission.

The Commission also organised a thematic exhibition to commemorate the tenth anniversary of the Charter of Turin as part of the conference. The FIVA General Assembly adopted the Charter in October 2012, which has since become the central document upon which the guidelines for the preservation and restoration of historic vehicles have been established. This time, we interpreted the document in a slightly more lighthearted and relaxed manner in order to reach as many people as possible. The comics will be distributed as part of the Cultural Commission’s presentation at the General Assembly in Sofia. 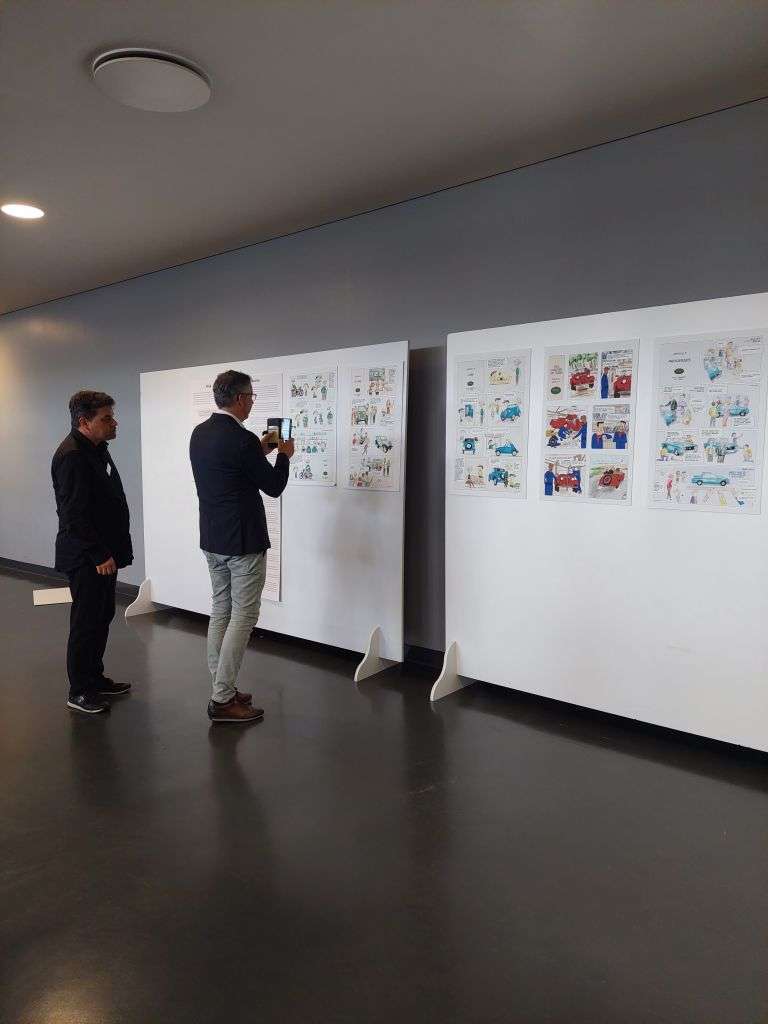