The Finnmark event is always held last weekend in June, and this time no exception. This year the event was held in Mehamn, at N71,2 north. This is about as far north you can go with an ordinary vehicle and from what we know, the northernmost event for historic vehicles.

The trip on Saturday was among other places to the fishing village of Gamvik. The wind had calmed somewhat, but the clouds were still low with rain in the air. In Gamvik, the first stop was at Slettnes lighthouse, established in 1905, the lighthouse is 39 meters high and the world’s northernmost on the mainland. Next stop to the north is the north pole.

This was the 24th rally, and this time the Finnmark meeting was designated as a part of FIVA International Motorcycle Week as the northernmost veteran meeting of the world. This was a great FIVA pin for everyone!

The prize for the longest distance was given to a man driving 2700 km (and still only within Norway). This was some kilometers more than the one with the oldest motorcycle, who came more than 2200 km with his 1936 DKW.

Next year the 25th anniversary will be during the Rally in Alta. If you want a real challenge, start planning for the journey of your lifetime. 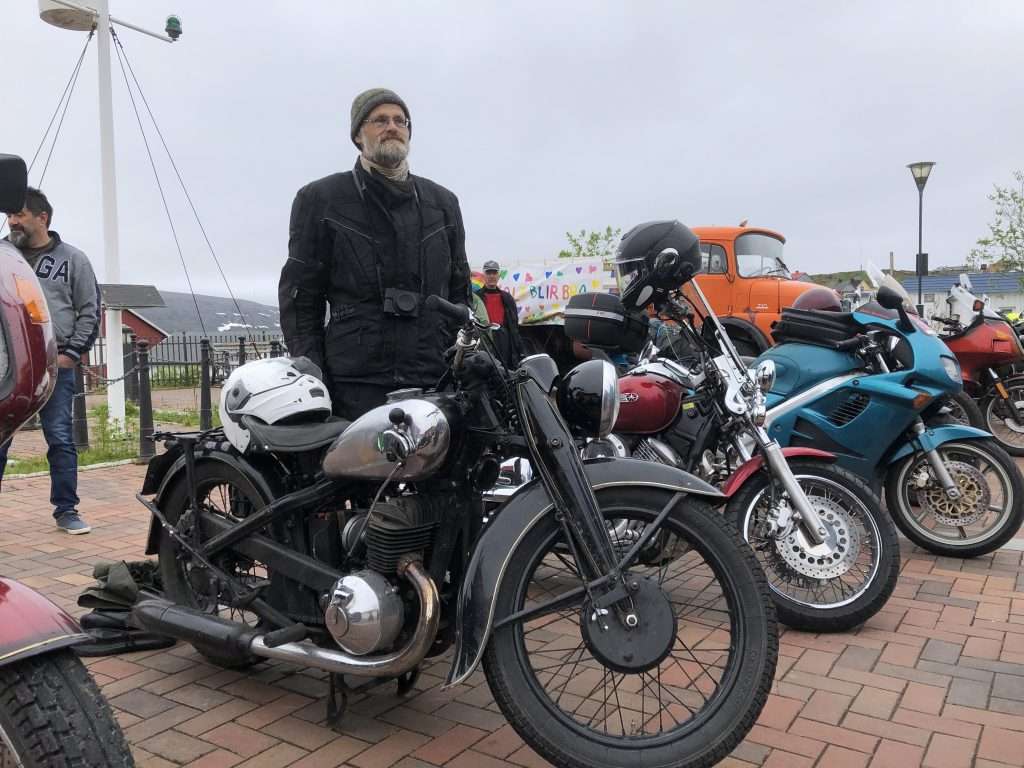 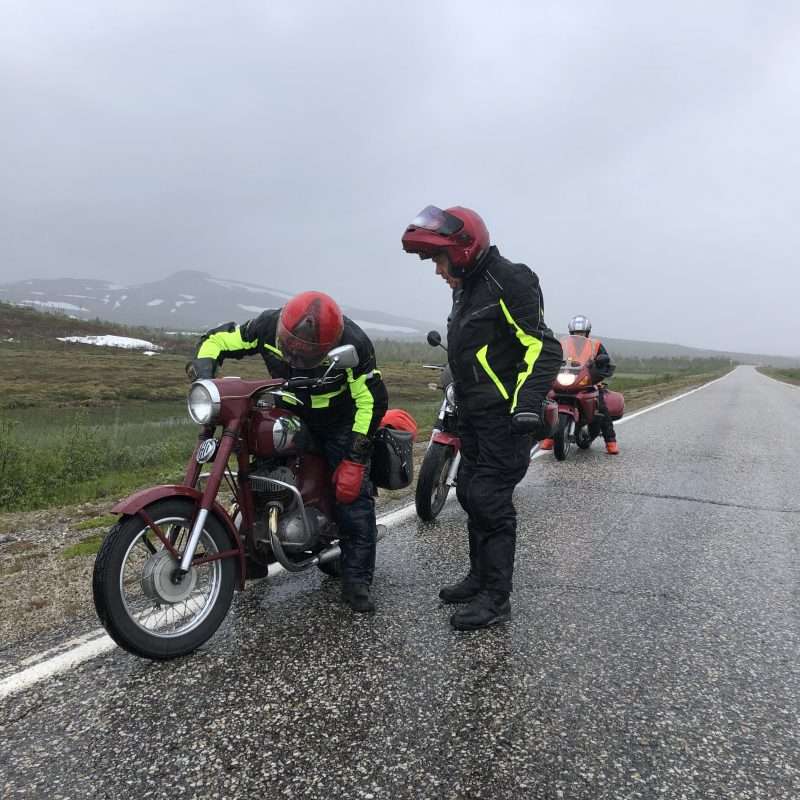 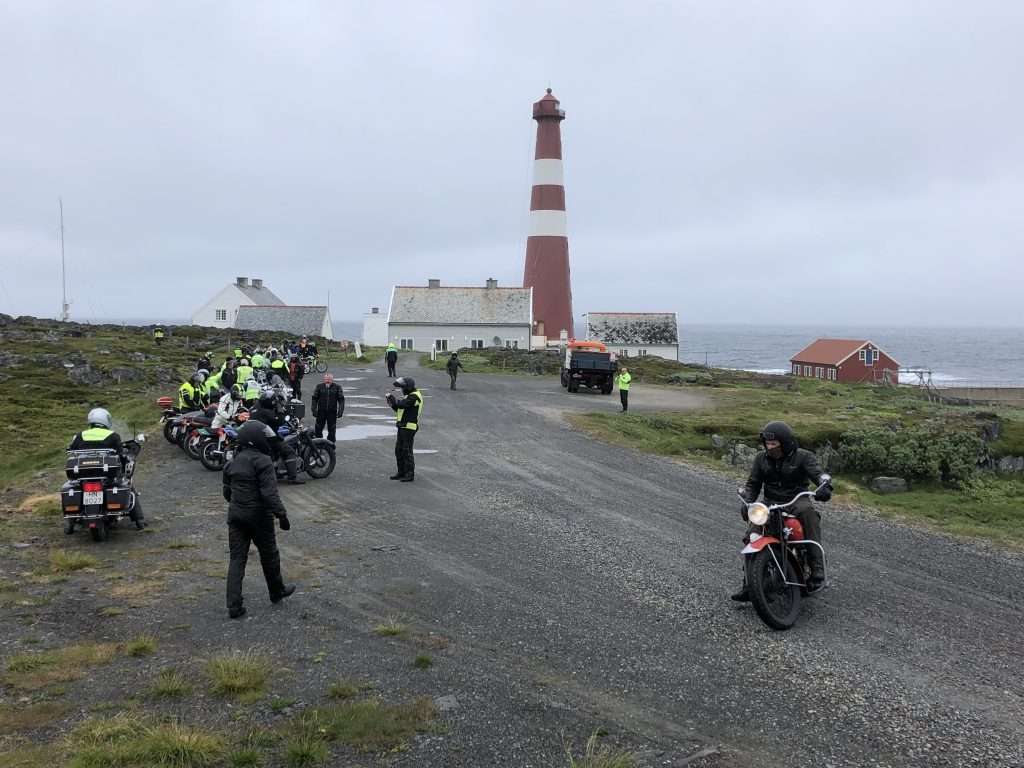 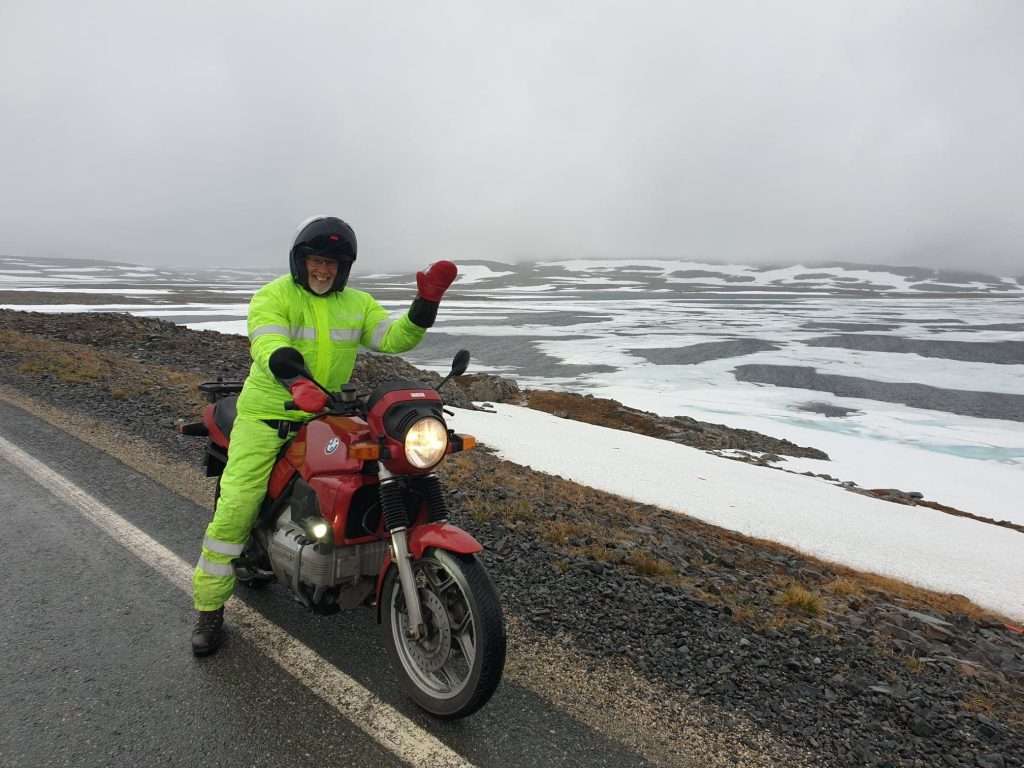 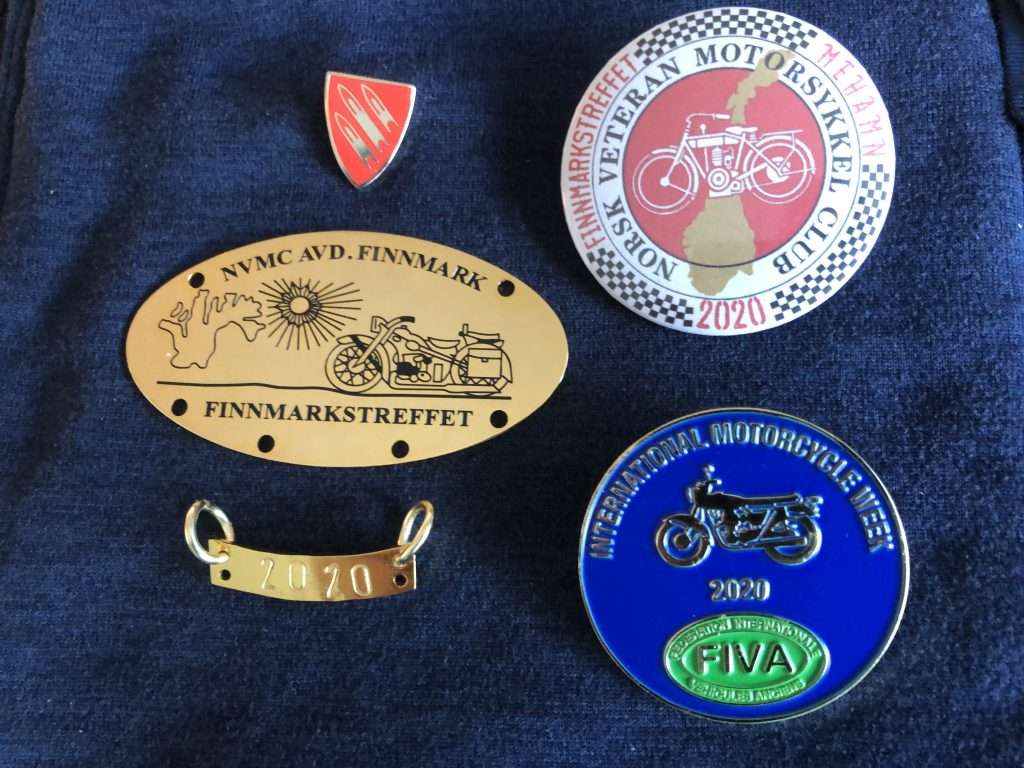