February 1 was a very sad one for the FIVA family. That day we lost two eminent protagonists.  In Paris  Michel de Thomasson, FIVA President from 2001 to 2007, passed away, in Turin Alfieri Maserati, a long-time FIVA Commission member. 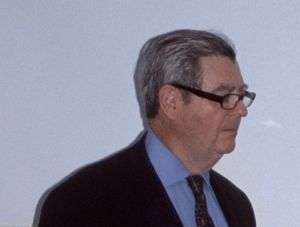 Michel (de Thomasson 9 December 1931) was born in Paris. After his graduation at Ecole Supérieure d’Electricité in the early Fifties, he continued his education, thanks to an American Fulbright Scholarship at the University of Minnesota in Minneapolis, where he completed his Master of Sciences (MS).

He extended his international experience during his military career in the French Navy. Due to his services as a reserve officer, he became a lifetime Honorary Navy Commander (Capitaine de Frégate Honoraire).

In his professional life, entirely at the service of a French electronic industry multinational, he had positions both in France and the USA.

Michel was a motorcycle enthusiast pur sang. Just after the war, still at school age, Michel already gained his first motorcycling experience on a Soyer Flèche Bleue (Blue Arrow), a 175cc bike from 1929. And, 15 years old, he became a member of the Moto-Club de Paris, and later would become one of the club’s officers. With time he began to compete.  He took part in big European rallies as a member of the French BMW team, such as the Coupes de l’Armistice, the Paris-Geneva-Cannes, and others. Later he also rode an old sidecar combination at the first Elephant Rallies in Germany and Austria.

Collecting vintage motorcycles he also started very young, restoring them piece by piece himself. But he shared his knowledge as well, like when he was teaching the technical basics at French police motorcycling schools. Also when working in the USA he became active in motorcycle club life, like for clubs in New York and Chicago, the cities he lived in.  He was appointed a Life Member of the American Motorcycle Association (AMA).

Says Thomas Kohler, former FIVA Motorcycle Commission Chair: “He was one of us, a dyed-in-the-wool motorcyclist. His knowledge as engineer, historian and rider of motorcycles and sidecars was stunning”.

From 1966, the year FIVA was founded, he started putting a lot of effort in the historic vehicle world, first as vice president of the Fédération Française des Véhicules d’Epoque (FFVE), where he was responsible for motorcycles and international matters. In 1996, he was appointed General Secretary of FIVA. Subsequently, in 2001, he became its president and stayed in function for six years.
His orientation in his FIVA functions was on cooperation with other international federations, like FIA and FIM. Also, he initiated FIVA’s advocacy activities, especially in the European Union theatre.

FIVA Member of Honour Rainer Hindrischedt remembers: “When he joined FIVA first as a General Secretary, the organisation was in a very unsafe condition and he took over a tremendous job to do, to keep FIVA together. In those days FIVA was in the situation to change from a more social club to a political acting association and he worked hard on this objective”.


Michel’s long-time colleague in the FIVA General Committee and Member of Honour JJ Dólleman adds: “As he was completely bi-lingual in both French and English, this contributed greatly to the way he handled his tasks. A diplomat and gentleman, a man with great humour and the inventor of the “Fringlish” made him to a warm and caring member of the FIVA General Committee. His great love for the two-wheeled historic vehicles and his technical knowledge completed the picture”.

Former FIVA President Patrick Rollet has worked a long time with Michel as well:  “Since the day I met him on the Fougères Rally in 2004, Michel has been a wonderful guide and inspiration throughout my time at FIVA. A sort of jack of all trades too, just as much at ease rewinding the magneto of one of his rare motorcycles than negotiating the successful reunification of FIVA after a painful split in the late 90’s. 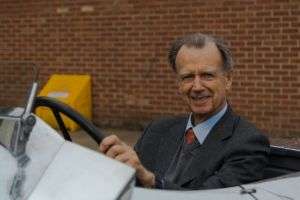 Proud, and rightly so, of his family’s past and hence that of the Maserati Company, Alfieri Maserati passed away at the age of 84, after a brief illness. He was the son of Ernesto, the youngest of the Maserati brothers, who had named him after his brother Alfieri,  the main founder of Maserati. The deceased was a great connoisseur of motoring history and brought his skills, experience, and much of his time to the service of ASI and to FIVA. With a passion for authenticity and truth, Alfieri Maserati wrote some important articles on his family, full of unknown details but always well documented, for ASI’s La Manovella magazine. In his Turin home, he kept an impressive archive and he was in the process of reconstructing, in great detail, the history of the Maserati brothers and founding fathers: Alfieri, Bindo, Ettore, and Ernesto. In the Museum of Industrial Heritage in Bologna he set up a section dedicated to the Maserati brothers.

Alfieri Maserati, himself an engineer, was involved in the industrial scene participating in the running of O.S.C.A., the company which was founded in 1947 by Bindo, Ettore, and Ernesto, and which produced high-quality sports models whose main feature was the powerful, small-displacement engines capable of competing with cars of a higher category.

After the O.S.C.A. story ended in 1967, Alfieri Maserati continued his work as a skilled designer in his own right, while maintaining a keen interest in reconstructing the history of Maserati and O.S.C.A. (Officine Specializzate Costruzione Automobili—Fratelli Maserati S.p.A), by helping collectors restore their Maserati or O.S.C.A. cars.

FIVA and the historic vehicle community remember Alfieri Maserati as a most eminent personality, a true Italian gentleman. We wish all the best to his relatives and friends.