Vernasca Silver Flag 2022: a historic hillclimb dream in the heart of Italy

A special fascination cloaks racing cars: it stems from the passion of those who built or drove them, of those who research them, restore them and look after them, of those who, today as in the past, admire them by the side of the road and perhaps, at home, dream of them. The Vernasca Silver Flag—from 10 to 12 June, thanks to the organisational commitment of the CPAE Club Piacentino Automotoveicoli d’Epoca—brings all these dispositions of the soul to synthesis. 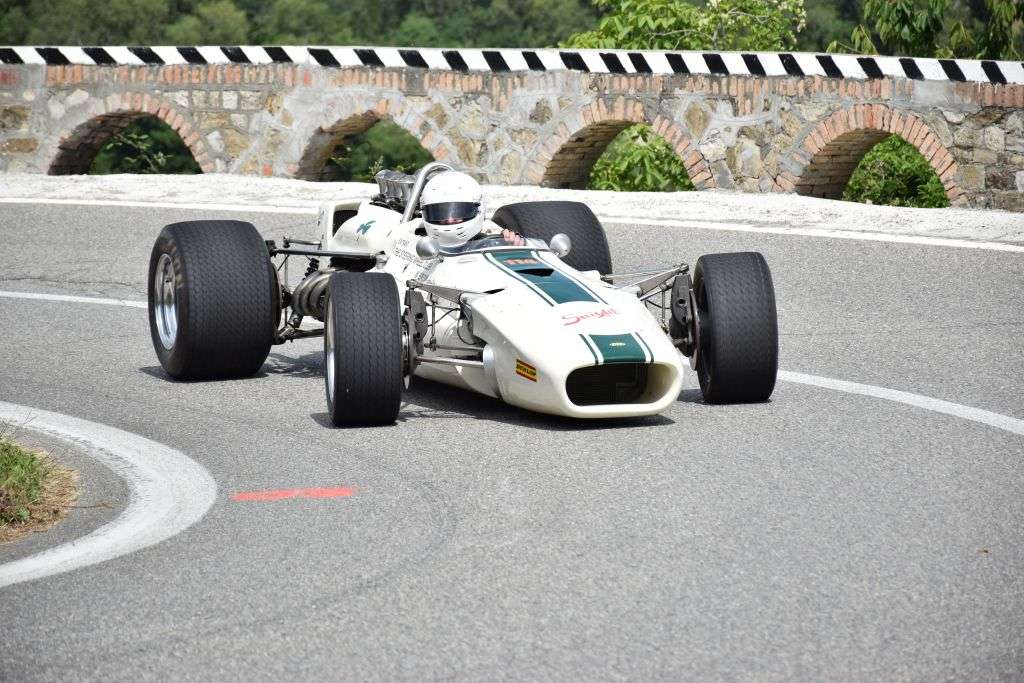 The ‘pretext’ is to recall the Castell’Arquato-Vernasca hill-climb race, held in 17 editions from 1953 to 1972. Here, among others, Lorenzo Bandini and Andrea De Adamich made their debut, and Arturo Merzario and Mauro Pregliasco took their first competitive steps. In reality, today there is no longer any challenge to overcome, but each of the three non-competitive climbs is a story of hurdles and hairpin bends to be taken at an inner pace. ‘So many bends,’ writes Gaetano Derosa in the volume dedicated to the event, ‘long stride or low sides, angular or round, it doesn’t matter. There really are no better cars than those competing in the Silver Flag. Sports cars, soiled with grease, soaked in petrol, freshly restored and bearing the marks of a thousand challenges, in any case ready to roar through the valley, driven by proud, tense, radiant drivers in their overalls, helmets and goggles’. 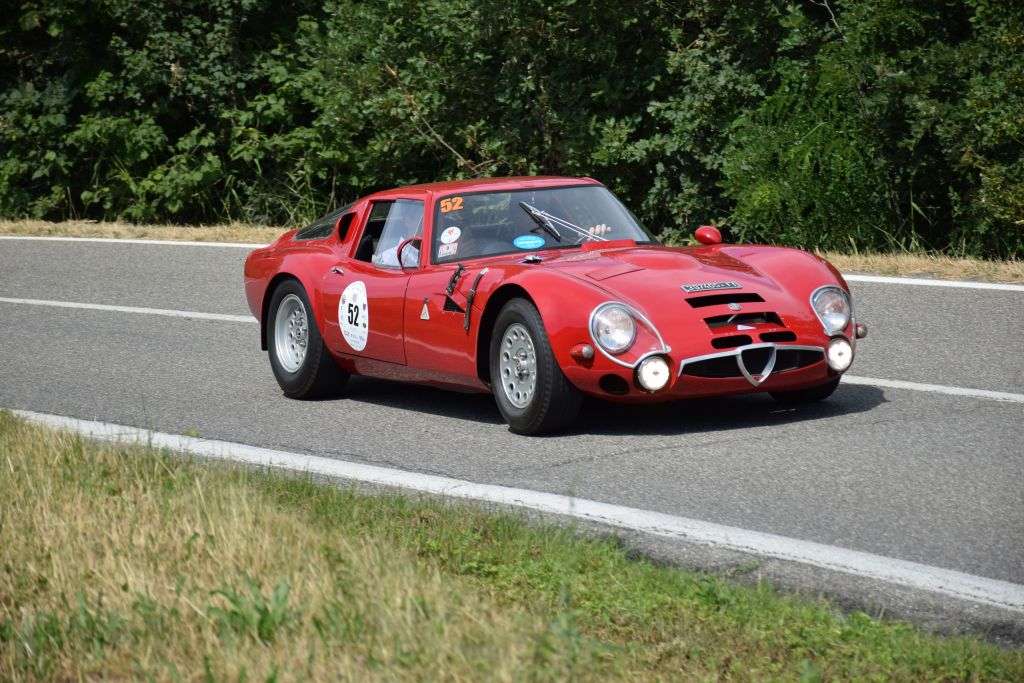 In the paddock Ferrari and Maserati are ambassadors of Emilia and of that motor valley that begins right here, challenging the Turin supremacy of Fiat and Lancia, the opulent elegance of pre-war Alfa Romeo and Bugatti, the Porsche sport prototype rivals of all time. This year, however, special attention is paid to the cars in the training categories, which are the subject of a special in-depth look. They are all there, from the Cisitalia to the Formula Junior and Abarth, and to the A112 and Cinquecento of the respective rally trophies. Proud and roaring, they magnify how they are not only true racing cars but, Sunday after Sunday, have allowed entire generations of constructors and drivers to study like champions or simply have fun.

Among so many speed queens, it is difficult to choose the most beautiful. The arduous task is entrusted to a qualified jury of technicians and car historians. 2022 Best of Show is the 1966 Alfa Romeo TZ2, driven by Englishman Simon Kidston. Deployed officially by Autodelta, driven by Teodoro Zeccoli and Andrea de Adamich, it won its class at the 1000 kilometres of Monza. It raced at Nürburgring, Sebring and the Targa Florio. The FIVA Special Prize goes to the 1968 Lola T142/20 F5000, used in races by Sid Taylor, Tony Lanfranchi, Robin Widdows, Frank Gardner and now in the collection of Ehrbar Rober. The ASI Trophies for the best preserved car and the best restored car are awarded respectively to Paolo Saporetti’s 1952 Lancia Aurelia B20 GT and the 1957 OSCA 187 S driven by Franco Adamoli. Finally, the coveted TAG Heuer prizes, two precious watches from the Swiss maison, are awarded to Cyrille Rocher, in a 1972 Porsche 911 Rs, and Tim Buttkus, in a 1956 Alfa Romeo Giulietta SVZ. 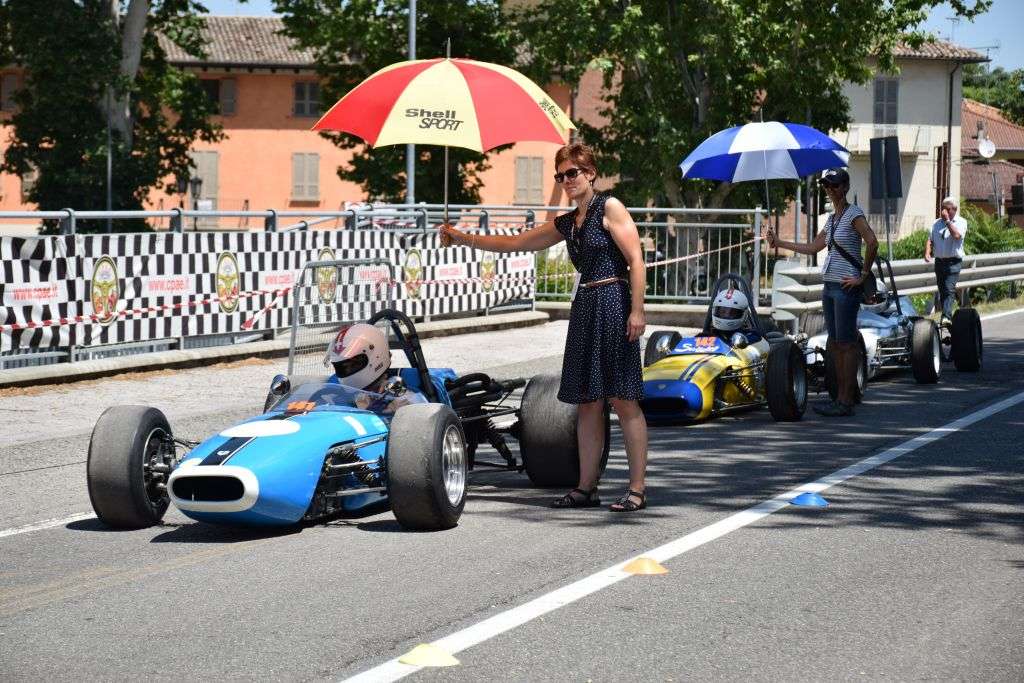 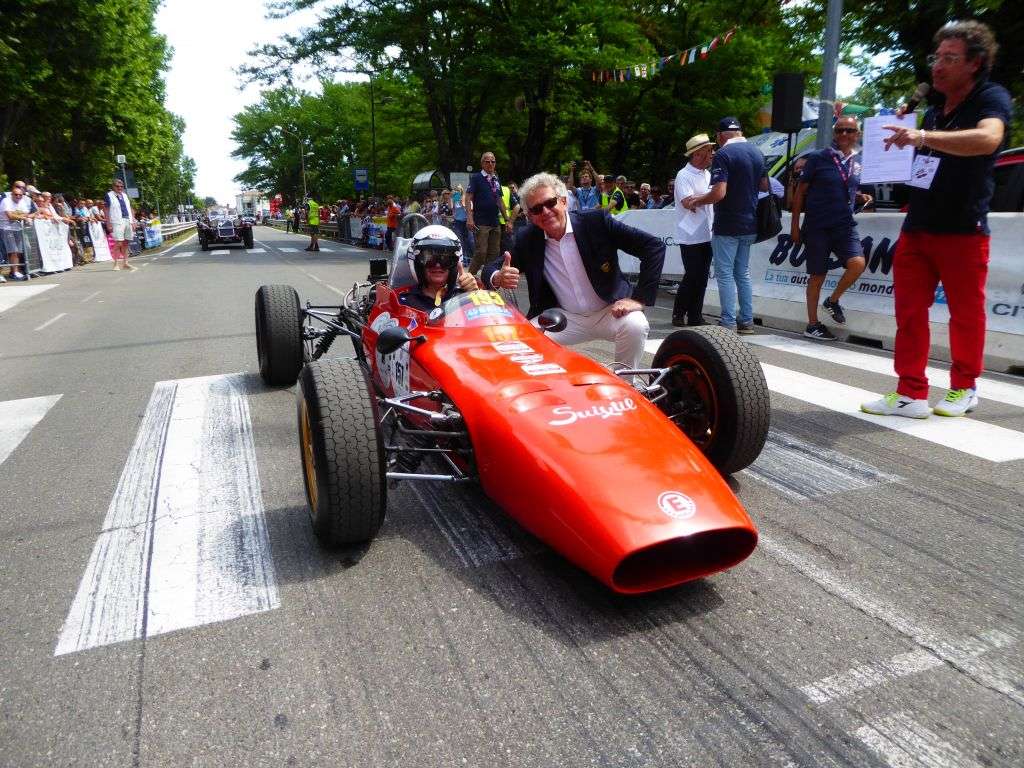 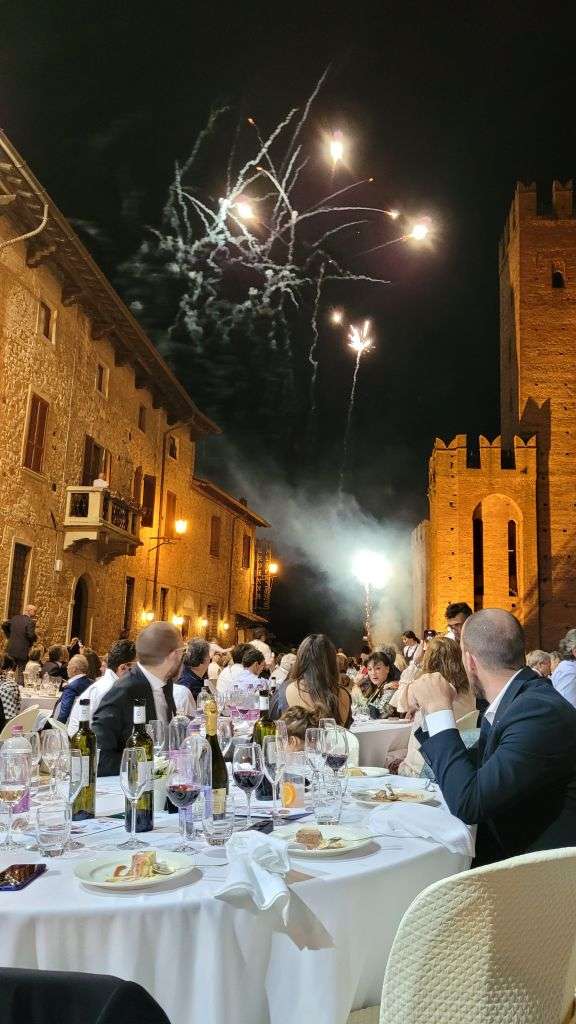 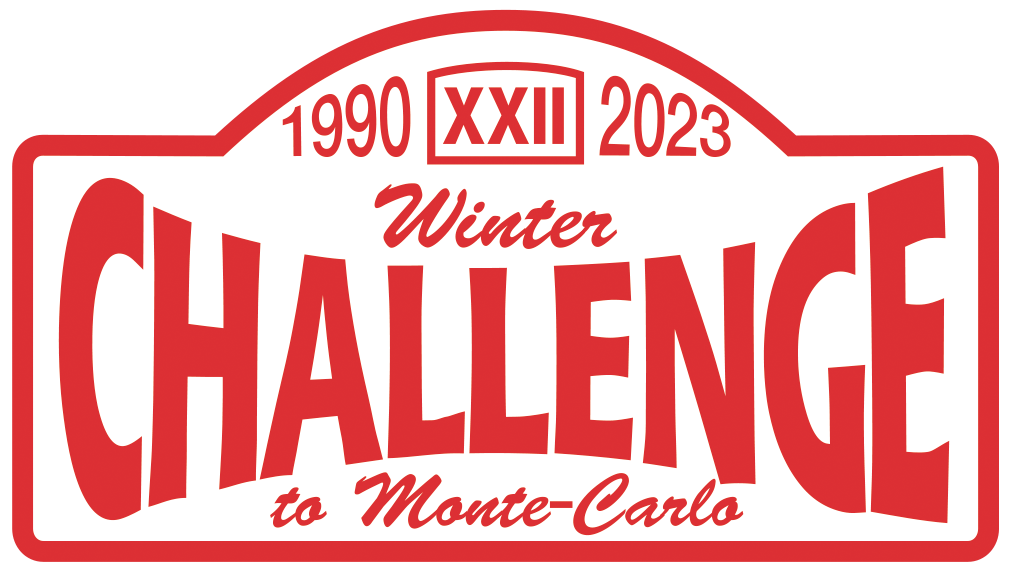